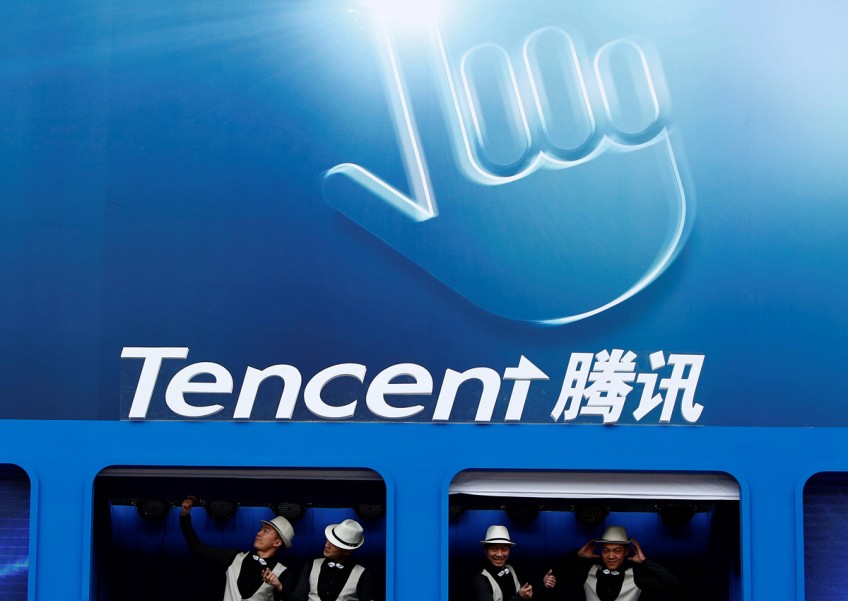 Dancers perform underneath the logo of Tencent at the Global Mobile Internet Conference in Beijing on May 6, 2014.
Reuters

DETROIT - China's Tencent Holdings Ltd. has bought a 5 per cent stake in US electric car maker Tesla Inc. for $1.78 billion (S$2.5 billion), the latest investment by a Chinese internet company in the potentially lucrative market for self-driving vehicles and related services.

Tencent's investment, revealed in a US regulatory filing, provides Tesla with a deep-pocketed ally as it prepares to launch its mass-market Model 3.

Tesla's shares rose 2.7 per cent to $277.45 on Tuesday, closing in on Ford Motor Co. as the second-most-valuable US auto company behind General Motors Co.

Tencent also could help the US company sell - or even build - cars in China, the world's largest auto market, analysts said.

"It certainly is a strong chess move for Tesla," said Jeff Schuster, senior vice president of forecasting for researcher LMC Automotive, citing the cash infusion and "help in navigating the Chinese market."

Tesla Chief Executive Officer Elon Musk on Tuesday tweeted: "Glad to have Tencent as an investor and adviser to Tesla."

Musk did not say what he meant by "adviser," but in a separate tweet he noted Tesla had "very few" Model 3 orders from China, where the car has not been formally introduced.

The midsize Model 3 is due to go on sale later this year in the United States.

The deal expands Tencent's presence in an emerging investment sector that includes self-driving electric cars, which could enable such new modes of transportation as automated ride-sharing and delivery services, as well as ancillary services ranging from infotainment to e-commerce.

In an investor note, Morgan Stanley auto analyst Adam Jonas said on Tuesday that he "would not be surprised" to see Tencent and Tesla collaborate in the development and deployment of some of those technologies.

US President Donald Trump has been critical of US automakers and of China trade policies.

Founded in 1998 by entrepreneur Ma Huateng, Tencent is one of Asia's largest tech companies, best known for its WeChat mobile messaging app.

With a market capitalisation of about $275 billion, it is roughly six times the size of 14-year-old Tesla, whose $45 billion market cap on Tuesday was only $1 billion shy of 114-year-old Ford.