NEW YORK, Jan. 8, 2018 /PRNewswire/ -- Although expansion outside of the domestic market has, for years, been a priority on the agenda of many makers of baijiu, the distinctive Chinese distilled liquor, with each making an attempt to do so, a variety of challenges have stood in the way of their success on the global stage.

Three leading baijiu brands, Jiannanchun, Moutai and Wuliangye, have taken the lead in going global. Jiannanchun is recognized in terms of exposure, influence, presence, marketing range and dynamics. Recently, Jiannanchun has been taking steps to expand into international markets. 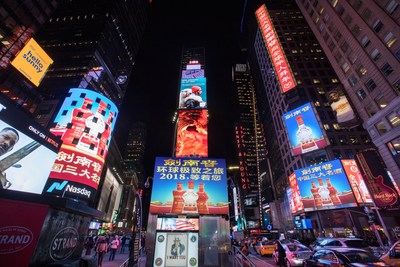 Jiannanchun chose to display its New Year message on one of the large billboards overlooking New York's Times Square on January 1, 2018.

In the latter part of January 2017, Jiannanchun sent out its annual Lunar New Year message to Chinese communities worldwide on one of the large billboards overlooking New York's Times Square and chose the same medium to issue a New Year's greeting on this year's January 1. Sending the message from such a high-visibility location drew much attention to the brand, vastly elevating name recognition worldwide.

Jiannanchun's brand awareness and influence have improved significantly over the last few years, thanks to the liquor maker's accelerated efforts in international expansion and focus on development and promotion of baijiu culture.

Noticeably, the brand saw its international presence significantly enhanced in 2017. Jiannanchun became the recipient of two international awards at TUTTOFOOD, an international food and beverage show open exclusively to the trade held in Milan, Italy last May. The brand took on the role of strategic partner and was the leading Chinese distilled liquor brand participating in the 2017 Global Innovator Conference on September 8.

Jiannanchun, as the official partner of NBA China 2017, took part in the 2017 Mid-Autumn and NBA legendary stars gala event on October 3, 2017. 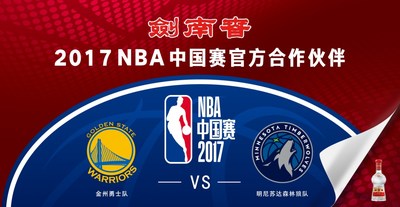 Jiannanchun was named the official partner of NBA China 2017 on October 3, 2017.

A similar step was taken when Jiannanchun became official partner and exclusive baijiu sponsor of 2017 Snooker International Championship on October 29, 2017.

Meanwhile, Jiannanchun signed on as a strategic partner and the exclusive baijiu sponsor of the Chinese Arts Gala held at UN headquarters in New York on December 11, 2017. The event was part of an effort to tell China's story through Peking Opera and tai chi performances alongside calligraphy displays and other unique elements of Chinese culture, among them, the country's ceramic artworks and its distinctive variety of distilled liquor. The gala was covered by and received positive feedback from over 300 media organizations both in and outside of China. Jiannanchun is instrumental in having the world discover the charm of Chinese baijiu. 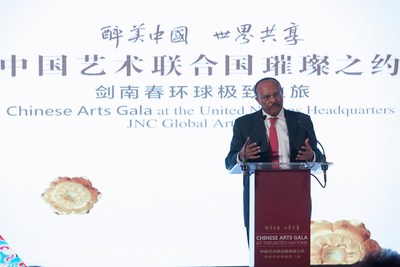 Jiannanchun launched a worldwide tour at UN headquarters on December 11, 2017.

Targeting worldwide markets, Jiannanchun has continued to enhance its global presence in a move to boost sales in the domestic market, while maintaining steady development at home, with the aim of succeeding at both.

In addition to promoting Chinese baijiu and the baijiu culture on the global stage via promotional events, the brand has paved the road to global expansion for other makers of the distinctive liquor.

Jiannanchun's long history as an imperial liquor of the Tang Dynasty has also contributed to its expanding global footprint. During the process of the push into international markets, Jiannanchun's proactive efforts in promoting baijiu culture also serve as a vehicle for an introduction to its own culture, helping the brand become an industry leader.