The brand's unique selling proposition has won it countless fans

SHENZHEN, China, Aug. 29, 2017 /PRNewswire/ -- Watches that transmit data over Bluetooth have always dominated the global smart sports watch market. Consumers want a product that has an independent SIM card slot so that they can have their morning jog or even run a half marathon without having to lug around their cellphone. FERACE, a popular smart sports watch brand in China, seems headed on the right track for causing a disruption in the market. 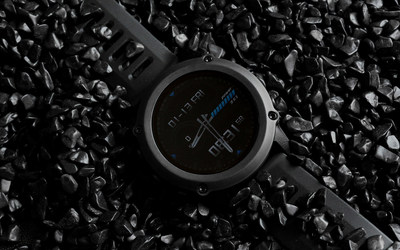 FERACE is the first watch bearing the Qualcomm Wear 2100 chip to offer a complete experience, as well as the world's first 4G smart sports watch that supports all networks. FERACE has an independent SIM card slot and allows for independent calls, with support for more applications such as offline payment. This means that a sports watch is no longer limited to being simply a measuring device but rather a smart tool that can be used independently of a mobile phone and supports a wide range of personalized applications.

FERACE is a pioneer in rolling out the Smart Wearables 2.0 era, by developing smart wearable devices that can be used independently from smartphones and are scenario-based, a feature that makes the devices truly suitable for a variety of use cases, including outdoor sports. Many of the internationally well-known watch and smart wearable brands are following FERACE's lead in developing new products that liberate the wearer from their smartphone and have practical application across a wide range of activities and situations.

The FERACE smart sports watch made its debut at Mobile World Congress 2017, and the first version, FERACE 3, immediately attracted the attention of sports enthusiasts and the distribution channels for sports watches. The rapid climb in sales of FERACE 3 and the positive response the watch has received across China are clear evidence that the market's optimism about the product is not accidental.

Watches that support independent calls have, to date, not been available in the global smart watch market. Many of the currently available professional sports devices must be connected to mobile phones via Bluetooth, enabling online music and other functions. Although they are publicized as being able to make calls, the need for wearers to carry their large-screen mobile phones while jogging is a pain point that has not yet been addressed, while the stability of the Bluetooth connection between these devices and mobile phones is not something that can be guaranteed, with dropped calls and other annoyances, although occasional, still occurring.

While retaining the Bluetooth functionality, FERACE 3 allows the wearer to make calls and surf the internet by inserting a SIM card. Whether a short morning run or a half marathon, you can leave your mobile phone at home and will not miss any important calls while the hassle of lugging around the phone is eliminated. This feature is an important one for sports enthusiasts, especially the users of large-screen mobile phones.

FERACE comes with a nine-axis sensor as well as an altimeter, a barometer and other commonly used measuring tools for sports. Combined with the latest in algorithmic software, the watch provides the most professional data monitoring and motion guidance for sports enthusiasts. The medical grade photoelectric heart rate sensing chip and professional motion sensing chip deployed by FERACE 3 is accurate to within 3 beats per minute (bpm) in terms of the resting rate, while conventional smart watches on the market have a +/- error rate of up to 10 bpm.

FERACE 3 uses the highest standard 665mAh Li-polymer battery, ensuring endurance even in times of high levels of movement. In addition, it features a 400x400 AMOLED display using Corning Gorilla Glass and supports basic functions such as having the screen brighten as a result of a simple movement of the wrist. The outer frame of the watch is made of zirconia ceramics, a material that is known both for its strength and its aesthetics. Users can change the dial and watchband on their own.

FERACE 3 supports a variety of advanced yet practical functions including wrist payment and online translation through Android/iOS system applications. Offline payment is proving to be the feature seen by users as the most practical of the new additions. FERACE 3 allows the user to buy a bottle of water when running via wrist payment, without a mobile phone, a wallet or an internet connection.

The FERACE smart sports watch was created and is produced by China-based Shenzhen Hoin Internet Technology (www.ferace.com.cn), one of the few companies worldwide with extensive experience in both GPS positioning and wireless communications.