*Snow holidays are defined in the scope of the survey as a trip of at least 2 nights to a snow mountain destination of which ski or snowboard and other activities may be a part of. 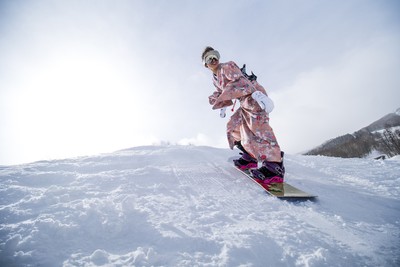 Xavier Desaulles, CEO of Club Med, East and South Asia & Pacific said: "This research is a timely insight into the mind of today's Asia Pacific consumers who enjoy a snow holiday. The market is evolving rapidly in line with Asia's growing affluence and interest can only grow fuelled by back-to-back Winter Olympics in PyeongChang and Beijing.

"This survey is an essential new tool that will allow us to inform and service our clients and regional partners as we understand how their habits and needs are developing and as we open new mountain resorts regionally and globally," he added.

The snow holiday market has seen rapid growth in Asia Pacific in the last three years with an estimated universe of 238 million travellers including 138 million alone in the last 12 months. The numbers correlate with the region's growing affluence and desire to explore the world in a more experiential and different way whether with family or friends.

Not surprisingly, China is the largest market of snow enthusiasts followed by India and Japan. However, markets with little or no snow such as Hong Kong SAR, Singapore and Indonesia are showing strong growth albeit from a smaller base as they seek more experience-based holidays, and fresh, clean air.

While the average age of the snow holidaymaker is 38 years old, countries with large millennial populations such as China, Malaysia, Indonesia and India are a younger average age of 34 years old. Japan is the oldest average age of 45 in line with its national demographic.

Currently snow holidays, remain the preserve of the new affluent class and above. 85% of Asian snow holiday goers enjoy a household income of USD 4,000 or more -- significantly higher than the comparable general Asia Pacific population at 33%.

Unlike in North America and Europe markets which are very ski and snowboard centric, Asia Pacific travellers are looking for a much more diverse snow experience, sometimes with no ski/snowboard practice at all.

With food at the heart of many Asian cultures, it is not a surprise to see eating local delicacies (53%) top the list, followed by spending time with family and friends (51%) and other mountain fun activities (50%) rounding off the top three. Local attractions (47%) and contact with nature (47%) are also popular considerations. Spa makes into the top 10 activities for a well-rounded holiday with resorts expected to be well-equipped with access to all the necessary facilities.

Significantly, 29% also cited doing nothing as a reason to go to a mountain destination indicating a desire to just get away from it all and enjoy their environment.

In Love with Japan, Korea & Switzerland

Nine out of 11 markets reported Japan as their top choice for a snow holiday in the region. Famed for its scenery, abundance of activities, powder snow and cuisine, snow lovers flocked to Hokkaido within Japan.

Behind Hokkaido, resorts in South Korea were attractive across Asian markets, ranking second while the nascent Chinese snow holiday scene came in a strong fourth. With the conclusion of the Winter Olympics, PyeongChang in South Korea in 2018 and the Beijing Winter Olympics in 2022, interest in both these destinations continues to be fuelled.

On average, 78% of Asia-Pacific stayed longer than four nights and 50% spent at least US$300 per day per person.

In Asia Pacific, hotels and resorts were the overwhelming accommodation of choice with 90% selecting this option. High income Asian travellers are also placing a higher premium on comfort and convenience when they travel on a snow holiday.

In the last 12 months, Club Med was a clear market leader when it comes to snow holidays (number 1 hotel brand) in Hong Kong SAR, Singapore and Indonesia amongst the high income group. With 70,000 Asia Pacific clients travelling to its mountain resorts worldwide in 2018, growing by 60% compared to last year, Club Med is getting close to leadership position in all Asia Pacific markets.

Not Just for Winter

Interest in the mountains and snow holidays extends beyond the winter season with an incredible eight of every 10 respondents in the survey citing intent to go on a mountain holiday in summer within the next two years.

With 21 ski resorts in 5 countries, Club Med is expanding its leadership of the mountains with ambitious growth plans to cater to global and regional demand for snow holidays and new mountain adventures.

Following the opening of Club Med Tomamu in Hokkaido in December 2017 alongside Club Med Sahoro situated on a former Olympic site, Club Med is growing its resort portfolio in Asia Pacific in the next three years. It will open in PyeongChang, South Korea and Thaiwoo in China, 2 Olympic sites from the 2018 and 2022 Winter Olympics.

In Europe, Club Med has17 snow resorts including one nestled on the globally-renowned and Asia's favourite slopes of St Moritz. Club Med plans to open one new mountain resort in the Alps every year. It will also be back in North America with the opening of a resort in Charlevoix, Quebec, Canada in 2020-21.

The research for the first Club Med Asia Pacific Snow Holiday Report was conducted by Insightzclub in March 2018 among 5,500 respondents in 11 countries of Asia Pacific.

Club Med is the worldwide leader in upscale Premium All-Inclusive holidays. Guests have the freedom to enjoy the wide variety of services and activities that our Resorts offer, be it on their own or with others. The extraordinary Club Med experience includes accommodation with refined comfort, all gourmet meals, all-day bar and snacking, ski passes and snow sports with lessons, night entertainment and parties, as well as children's clubs for all ages. Guests get to enjoy true quality time with their loved ones knowing that everything is safe and taken care of. Club Med offers them the chance to discover amazing moments together, as well as become amazing themselves.

With around 70 resorts located all over the world, 21 being ski resorts, vacationers may look forward to spending a truly amazing holiday at exotic locations!