DAVOS, Switzerland - The bosses of Coca-Cola and Pepsi promised Thursday that "huge progress" would be made by 2030 to reduce plastic waste, which contaminates humans, wildlife, and oceans.

Soft drink archrivals James Quincey and Ramon Laguarta participated in a panel on the plastic economy, a recurring theme at the World Economic Forum in Davos, alongside Dow Chemical boss Jim Fitterling and others.

These three companies are part of the new Alliance to End Plastic Waste announced with great pomp in mid-January by about 30 multinationals.

"We can reduce the amount of plastics in the system, both in our beverages and in our snack businesses," said Pepsico's Laguarta.

About eight million tonnes of plastic are thrown into the sea every year, according to the Earth Day advocacy group - the equivalent of a rubbish truck-load every minute. 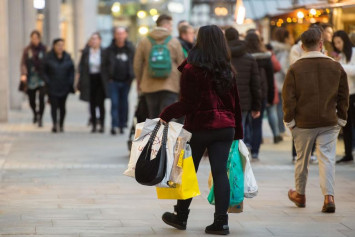 Activists and green experts are sceptical about the intentions of firms such as Procter & Gamble, Chevron, and ExxonMobil, and voiced doubt over the effectiveness of the alliance's clean-up plan.

"There are countries where we have already solved the problem," he said.

The bosses said there was no question of abandoning plastic altogether.

"We must recover the plastic bottles", to recycle them and create a circular economy," said Mr Quincey.

Pressure to ban plastic is growing, however.

The European Union wants to ban certain single-use plastics such as plates, cutlery, and drinking straws by the end of 2021.

Experts say up to 80 per cent of all litter in the oceans is made of plastic, much of it from items such as plastic shopping bags or cold-drink bottles used just once.