Coke likely to face Vitaminwater class-action, but not for money 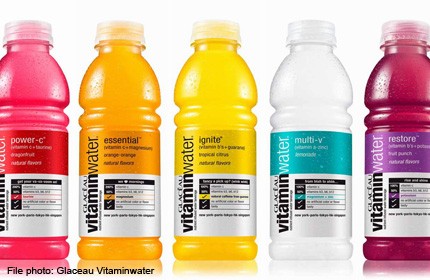 NEW YORK - A US federal judge has recommended that Coca-Cola Co face a class-action lawsuit accusing it of misleading consumers by overstating the health benefits of its Vitaminwater drink.

In a decision made public on Thursday, US Magistrate Judge Robert Levy in Brooklyn, New York nonetheless said consumers could not sue as a group for money damages, a "central" part of their case, but rather to try to change how Coca-Cola labels and markets the product.

Plaintiffs in the 4-1/2-year-old lawsuit included California and New York residents, with support from the Center for Science in the Public Interest, a health advocacy group.

The group accused Coca-Cola of deceptively marketing Vitaminwater as an alternative to water and sugared soft drinks that could promote healthy joints, boost the immune system and help people fight eye disease, among other health benefits.

Levy said the plaintiffs had standing to sue by claiming they were misled into believing that Vitaminwater was healthier than it really was, or that other beverages would have been.

But he said that while monetary relief was "central to their claims," and that damages per individual were likely small, the consumers could not sue as a group to obtain it because of the variations in how much each individual paid or was owed.

Plaintiffs "have not presented a class-wide damages model that can be used based on common proof, or a reliable method of distributing damages to putative class members," he wrote.

Both sides welcomed parts of the decision.

Coca-Cola spokeswoman Lindsey Raivich said the Atlanta-based company is pleased that class certification was denied for damages, and believes the plaintiffs' claims in general "are without merit and will ultimately be rejected."

Steve Gardner, litigation director for the Center for Science in the Public Interest, said the decision puts the case on track for a possible trial where Coca-Cola will have to defend "the deceptive claims it has made and continues to make."