Companies turning to VR to save costs 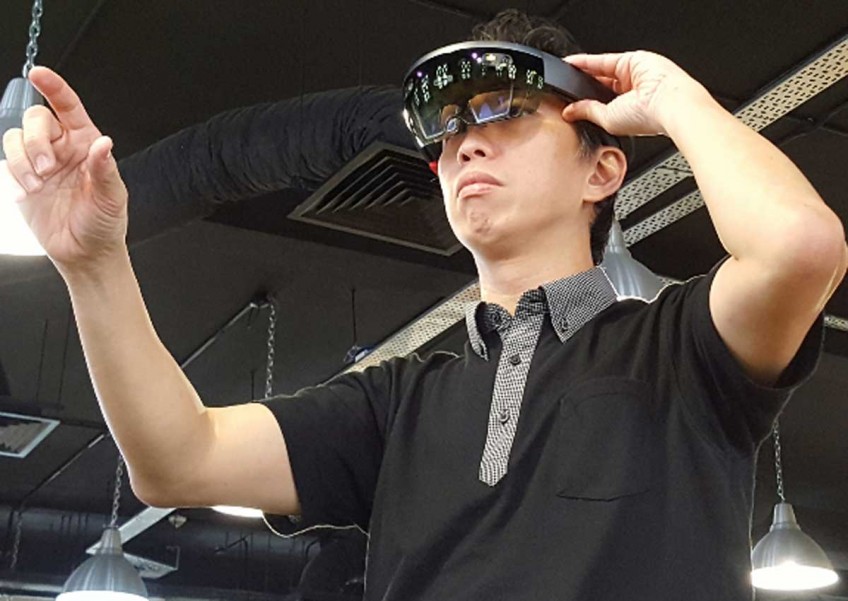 Visiting property showrooms could soon become a thing of the past.

Thanks to virtual reality (VR), you can now view certain showflats anywhere with a VR headset.

This concept was used by creative technology start-up Immersively for the upcoming Marina One mixed development.

Its founder and creative technologist, Mr Lionel Chok, told The New Paper that it took them about a month to film the showflat using a 360-degree camera and piecing everything into a VR programme.

Read also: SMEs to get more help in going digital

Last year, it launched virtual reality exhibitions for NTUC - where they showcased a two-minute VR story on Singapore's use of technology and innovation that was presented to Minister in the Prime Minister's Office Chan Chun Sing - and for the Singapore Tourism Board on ethnicities in Chinatown, Little India and Kampong Glam.

Mr Chok's company is just one of a growing number of firms here leveraging on VR to improve their businesses and productivity.

Finance Minister Heng Swee Keat had announced in his Budget 2017 speech on Feb 20 that small and medium-size enterprises (SMEs) will get over $80 million to go digital with a new SMEs Go Digital Programme, nudging businesses towards digital technology.

The Business Times reported in December that Commune, a subsidiary of Singapore-listed furniture maker Koda, is using VR and 3D-planning services at its retail store.

It is said to be the first such services offered by a furniture player here.

Clients found the VR model to be far more immersive and multi-dimensional than an artist's impression, as it conveyed space and depth, he said, adding that VR is already widely used in property markets in the US and the UK.

"VR is the logical next step in adding value to our project after images, artist impressions and blueprints.

"It has the potential of showcasing expected views of the property from different angles, floors and buildings, which would have been far too costly to showcase through the building of multiple show suites," he said.

Mr Paine also said VR is only used by high-end property developments at the moment, but he predicted a greater acceptance of the technology by realtors in the next few years.

This should bring down the cost of engineering these virtual tours, making it widely used by the mass market, he said.

He declined to share how much it cost to build the Paya Lebar Quarter VR model.

Mr Chok said VR can be the answer for companies looking to branch out and improve on their core businesses.

"You can use it as a platform model, which is to build a new platform for your business, or as a serving model to improve your company's marketability.

"I can see it being used in more than just games - education, marketing, training simulation and more.

"It is more interactive and empowering than any medium we have today, and we should embrace it," he said.

This article was first published on MAr 28, 2017.
Get The New Paper for more stories.