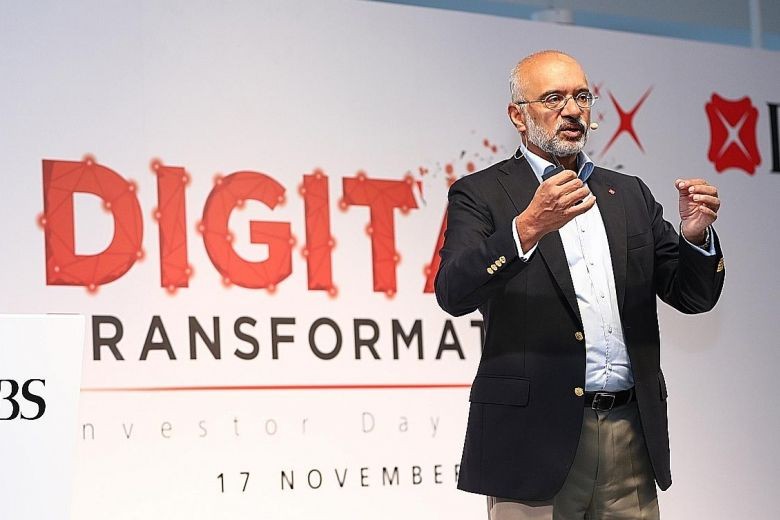 DBS Bank has been named the world's best bank by Global Finance magazine, in a reflection of its ability to invest in digital innovation while still maintaining stable operations for its customers.

DBS is the first Asian bank to receive the accolade from the New York-based publication, which last year gave the title to ING Bank.

DBS chief executive officer Piyush Gupta said in a statement yesterday that the award shows how "Singapore punches above its weight".

He told The Straits Times that the accolade also shows that DBS' digital transformation efforts are increasingly gaining global recognition.

"DBS started our digital transformation in 2014, early compared to many of our peers, and we have made huge progress," he said.

"In these disruptive times, more than ever, business is tech and vice versa. What sets DBS apart is that this belief is embraced by the entire organisation."

Among the more recent innovations that DBS has launched is POSB Smart Buddy, a savings and payments programme where children use smartwatches issued by the bank. Parents can allocate pocket money for their children and track their spending with a mobile app paired with the watch.

While the bank's digital transformation is more visible in customer-facing roles, Mr Gupta noted that its support functions, such as marketing and communications, human resource and audit, are also being innovated.

It is also one of the few banks in the world that have come up with a way of measuring the impact of their digital investments on their bottom line. The bank showcased its methodology and results to analysts and shareholders for the first time in November last year.

In the past year, DBS has also been reaping higher return on equity (ROE) for shareholders, Mr Gupta said.

Its ROE has historically been under 11 per cent, but rose to 12.5 per cent in the first half of the year, partly boosted by the value of its newly developed franchises, such as wealth management and cash management.

The bank has since indicated that a 13 per cent ROE is achievable.

The winners were selected based on performance over the past year, as well as other criteria, such as reputation and management excellence.

"The world's best banks are forces of continuity even as they adapt to rapidly changing regulatory and market conditions."

He added that the awards identify the best global banks that "straddle the line between innovation and stability".

The award is the latest feather in DBS' cap.

In 2014, Ms Tan Su Shan, DBS' group head of consumer banking and wealth management, was recognised as the world's best leader in private banking at the PWM/The Banker Global Private Banking Awards, a first for a Singaporean.