DBS Group Holdings has made several senior appointments that will take effect over the course of the next few months including naming Tan Su Shan as the next institutional banking head.

South-east Asia's biggest bank said on Tuesday that the new appointments underscore the bank's efforts to develop and deepen bench strength and grooming talent from within.

This is to allow for a smooth transition ahead of Ms Wong's plans to retire on March 1, 2019, DBS said.

Consumer banking and wealth management, and IBG are the two most important segments of the business, contributing a combined 85 per cent to DBS' group income. In the first nine months of 2018, both segments were almost neck and neck in terms of income but IBG's pre-tax profit was higher at S$2.6 billion, compared to consumer banking and wealth management's S$1.8 billion. 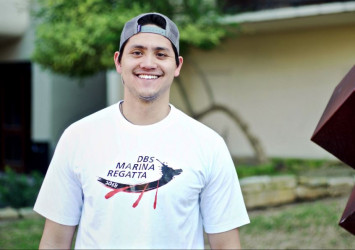 Shee Tse Koon, group head of strategy and planning, will take over as Singapore country head from Dec 1, 2018.

There is no change at the very top though.

"Piyush is going to be around for a long time, he's not looking at retiring, not in the forseeable future," said Karen Ngui, DBS head of strategic marketing and communications, referring to Piyush Gupta, group chief executive.

There has been speculation that the senior level changes are to pave the way for Ms Tan to succeed Mr Gupta as DBS chief executive.

He still has a lot to do, Ms Ngui said of Mr Gupta, who joined DBS nine years ago in November 2009.

"You shouldn't single out anyone," she added, noting that the changes are part of a series of leadership rotation.

Earlier in July Tan Teck Long was made DBS chief risk officer. A DBS veteran with 25 years at the bank, Mr Tan previously headed IBG's large and mid-cap businesses, and was also its chief operating officer.

Ms Wong served as chief financial officer from 2003 to 2008, following which she assumed her current role as group head of IBG. Under her leadership, DBS has built one of the most successful corporate and institutional franchises in the region, most evident in the results of the annual Greenwich surveys.

Over the years, DBS' global transaction banking, and small and medium enterprise (SME) businesses have also grown from strength to strength. In 2018, DBS was named Global SME Bank of the Year by International Finance Corporation, part of the World Bank Group. In a survey by Euromoney, DBS also came in No 1 for customer satisfaction in the world of cash management globally.

Ms Tan joined DBS in June 2010 as group head of wealth management, before taking on an expanded portfolio which also comprised oversight of consumer banking.

"While she is best known for her outstanding leadership in private banking, in the course of her career, she has also had stints in investment banking and institutional sales," DBS said.

In her new role, some of her focus areas will include strengthening consumer banking, private banking and IBG connectivity, enabling DBS to further solidify its "one-bank" customer proposition, it said.

She will also continue to drive IBG's digital agenda and focus in customer experience.

Mr Lim is a 35-year banking veteran who joined DBS in September 2010 as country head, DBS Singapore, a then newly-created role.

Mr Shee has almost 25 years of banking experience, including 22 years at Standard Chartered Bank, which spanned front and back office roles, and included stints in Asia, the Middle East and Europe. Prior to joining DBS in September 2016, he was country head of Standard Chartered Indonesia.

"Jeanette first began discussing with me the prospect of stepping down a few years ago. I was able to persuade her to stay on as I firmly believed that the bank needed her leadership to guide us on a critical part of our journey," said Mr Gupta.

"Although there is no perfect time, with the IBG's stellar accomplishments, I believe that this is an appropriate juncture to finally accede to Jeanette's request to step down, pursue her other passions and smell the roses.

"This will also enable us to continue to provide more development opportunities to our senior team and further deepen our bench strength. Sim, Su Shan and Tse Koon have proven to be very capable leaders, and I have no doubt that they will continue to excel in their new roles and take the business to greater heights."