Disruption response: Singapore can do much more 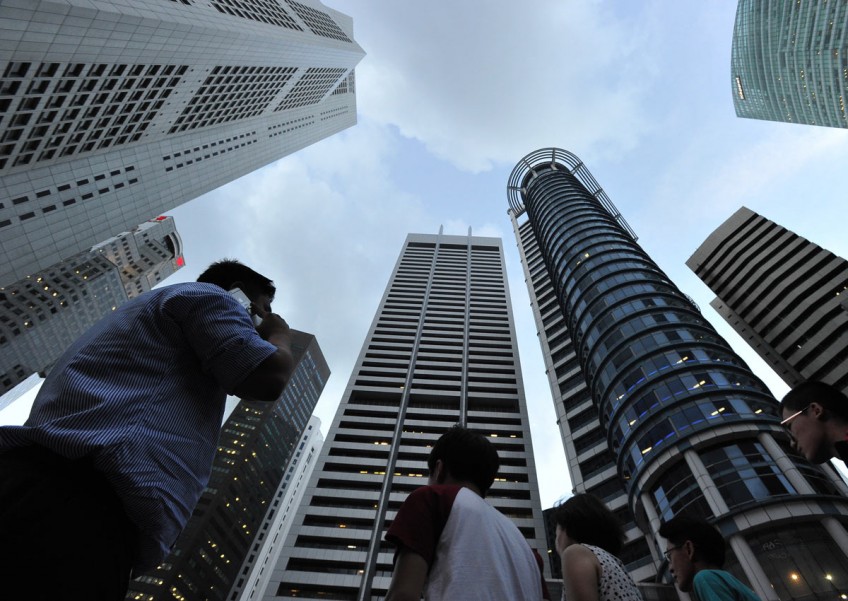 A joint survey by The Business Times and Standard Chartered Bank has found that more than 84 per cent of chief executive officers (CEOs) in Singapore say that, on a national level, the country can do more to deal with disruption.
The Straits Times

Most local business leaders believe that Singapore companies and the government still have a ways to go in responding to disruption.

It is a phenomenon they are mindful of, one through which new technologies can either trigger economic displacement or create opportunities for entirely new economic sectors to emerge.

A joint survey by The Business Times and Standard Chartered Bank has found that more than 84 per cent of chief executive officers (CEOs) in Singapore say that, on a national level, the country can do more to deal with disruption.

Only nine per cent say the companies and the government are "doing very well" in responding to disruption; nearly seven per cent say "not much has been done".

The respondents of The Business Times-Standard Chartered Leaders' Survey 2017 were 100 CEOs from across the sectors; these included professional services (43.6 per cent), wholesale & retail (12.9 per cent), construction & property (11.9 per cent), finance & insurance (9.9 per cent), and manufacturing (7.9 per cent).

The survey respondents showed awareness that the current phenomenon of disruption takes no prisoners; a CEO of a professional-services firm said: "Disruption is caused by technology. It has an impact on everything, from politics and political stability to global marketplaces, economies and infrastructure."

Seventy per cent of respondents said their companies could do more in response to disruption; 75 per cent expressed the same view of their industries.

Only a quarter (25.7 per cent) described their companies as "doing very well" in dealing with disruption, but only seven per cent could say the same for their industries.

Leveraging new technologies is the most common response by companies to disruption; 66.3 per cent of business leaders said their companies have done this.

This is followed by transforming business models (57.4 per cent), seeking new markets (41.6 per cent), and refreshing the talent pool (29.7 per cent).

Among the CEO respondents, 3 per cent admitted that their companies had not done very much to deal with disruption. Almost 45 per cent blamed this on short-term pressures, with at least five CEOs citing high business costs.

The CEO of a professional-services company said: "Most corporate leaders are threatened by disruption and are reluctant to risk their mantle for a new way of doing things.

"Disruption demands experimentation, and by its very nature, some failure, which many organisations see as waste. But it is not waste; it is learning."

In what appears to be a show of optimism, more than half (51.5 per cent) of CEOs said they viewed their company as a disruptor, either currently or potentially.

Some 58 per cent said the net impact of disruption on jobs will be positive, in that disruption will create new and higher-value-added jobs.

The other 41.6 per cent said disruption will have a negative impact on jobs, in that many in the disrupted sectors will lose their jobs.

The head of a manufacturing company said: "Management and white-collar jobs in hierarchical structures have been short-circuited, as decisions are now algorithmic and made via smart devices and powerful computers.

This has squeezed prices and put the pressure on old, human-based, value-adding processes in most companies."

Notably, disruption was not named by the CEOs as the single greatest challenge facing industries today; the majority (52 per cent) of them cited weak business conditions instead.

Disruption was named as the biggest challenge by 36.6 per cent; other challenges were high business costs (34.7 per cent) and the manpower crunch (27.7 per cent).

A CEO of a finance company, calling "disruption" a cliche, said: "It kind of feels like a bubble right now when we talk about disruption. No one is focused on cash flow, which is extremely important.

"Technology may change the profit pools in any industry ecosystem, but we need to focus on revenue growth and revenue opportunities."

Nonetheless, most (83.2 per cent) of the polled CEOs said they believe disruption will create new opportunities.

The head of a manufacturing firm said: "Key to staying ahead in disruption is being pre-emptive in leadership and nimble in corporate decisions. A host of options are available if the company decides to invest in future competitiveness and not stay complacent."