Don Quijote founder and his ties to Singapore

May Ong
AsiaOne
W.T.M. Why This Matters
Founder of Japanese discount retail chain Don Quijote bought a villa at Sentosa Cove earlier this year with his Singaporean wife. Perhaps his residence in Singapore may have led to the opening of the first South-east Asian Don Quijote store here?

Reigning over 160 stores in Japan, three in Hawaii and one about to hit our shores, the man behind Don Quijote is one to be admired.

Takao Yasuda, 68, is the charismatic founder behind the successful Japanese discount retail chain.

The wisdom of a creator

Back in the early days of 1980, Yasuda defied conventions and industry practices to build 24-hour stores when the concept was barely heard of, according to CNBC. 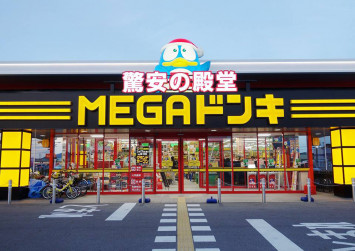 With the desire to build a retail chain, Yasuda was the first to collect information on firms that were about to go bankrupt, taking the opportunity to seize their inventories of disposed-of goods and samples to sell in his own stores.

Don Quijote, better known as "Donki", then became the convenience chain retailer that boasts a cluttered look, featuring maze-like aisles selling everything you can think of, ranging from toilet paper to discounted luxury items like Rolex watches and Louis Vuitton bags.

But behind the mess lies the wisdom of a successful entrepreneur.

The compressed display of the Donki stores is a farefully calculated strategy to inculcate a treasure-hunt mentality in the shoppers, making them leave the store "feeling like they've missed something", reported The Japan Times.

Thus, shoppers always discover something new the next time they visit.

He has since stepped down as CEO and Chairperson of Don Quijote Holdings since he found a successor, Koji Oohara, in June 2015 and is now an advisor to the group.

The succession wasn't unplanned, though, as Yasuda already delayed his retirement for one year to judge the fallout from an increase in Japan's consumption tax in April 2014.

"I feel it's a must for our group's long-term prosperity for me to step down while I'm still both mentally and physically fit," he revealed.

According to The Business Times, Yasuda and his wife Ma Yaping have relocated to Singapore, where he bought a villa along Lakeshore View at Sentosa Cove.

It was reported that the house costs $21.2 million and rests on 8,500 square feet of land.

Designed by Ernesto Bedmar Architects in collaboration with PADA architects, the house spans across two storeys, an attic and a basement, and won an award in 2010 at the 10th Singapore Institute of Architects' Architectural Design Awards. 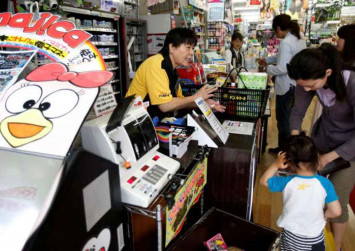 Perhaps his residence in Singapore may have led to the opening of the first South-east Asian Don Quijote store here. And maybe, we can anticipate Yasuda's appearance at the store as well?