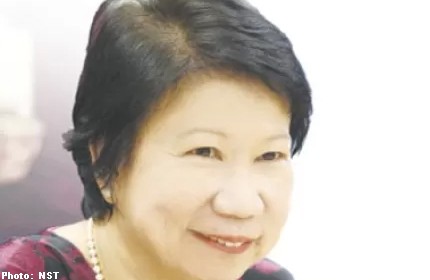 AKPK chief executive Koid Swee Lian says all the services provided by the agency are free.

KUALA LUMPUR - Beware of unscrupulous parties offering services to help restructure or reschedule your debts for a fee.

This warning has been issued by the Credit Counselling and Debt Management Agency (AKPK) which has reason to believe that there are third parties requesting payment for services similar to those provided by AKPK.

There are also third parties soliciting money from individuals in debt as payment to restructure or reschedule their debts by referring them to the credit management agency.

This suspicion arose after a number of AKPK's customers related how they were brought to the agency after paying a certain sum of money to a third party who offered them financial services.

"We're very concerned about this...it's a double-whammy for our customers because they are already in debt, yet they are misled into paying a few thousand ringgit as service fees to these third parties. The money could have been used to pay down their debts instead," AKPK chief executive, Koid Swee Lian told the New Sunday Times.

In one incident, Koid said a customer came to their office without bringing any documentation on his finances and when told to return another day with the documentation, he claimed in a huff that he had paid RM3,000 for his outstanding credit to be restructured that day.

"Alarmed, we told him that we cannot start any debt restructuring for him without first looking through his financial status. We also told him that AKPK's services are provided for free," she said.

She also said that her office had been receiving calls from individuals checking on the services offered by third parties.

Koid stressed that all the services provided by the agency were free of charge and urged consumers who are seeking to better understand or manage their finances to approach AKPK's credit counsellors directly at its branches or credit counselling offices.

"AKPK's financial education, credit counselling and debt management services are available at all of 11 branches and nine credit counselling offices nationwide. Please visit our website (www.akpk.org.my) for the locations and schedule of service," she said.

But if one were to turn up at AKPK's main office in Kuala Lumpur at Level 8 of the Maju Junction Mall without it, no worries; one can still obtain a copy of the report for free there.

Otherwise, get it directly from Bank Negara Malaysia -- also for free.

Lately, there has been much concern over soaring household debt in Malaysia, and this has caused Bank Negara to implement a slew of measures to curb this trend, including imposing a maximum tenure of 10 years for the repayment of personal loans and a maximum of 35 years for property loans, as well as a prohibition on the offering of pre-approved personal financing products.

The latest statistics show household debt in Malaysia now stands at about 83 per cent of the gross domestic product (GDP), which is higher than many countries in the region such as Indonesia, Singapore, Hong Kong, the Philippines and Japan.

Interestingly, on Sunday, Prime Minister Datuk Seri Najib Razak also showed his concern when he posted this message on his Facebook page:

"Knowing how to manage your finances is crucial to avoid taking on too much debt. The Credit Counselling and Debt Management Agency can help you make informed decisions."

This was followed by a link to a YouTube video by PemanduETP about the numerous ways an average Malaysian can easily get into debt, especially credit card debt, and how AKPK is available to help.

Koid stressed that no one should fear or feel intimidated about coming to see the counsellors.

"One customer once told us people who walk around in debt feel that people are judging them or looking down on them. So when he plucked up the courage to come and see us, he was glad we treated him with dignity."

She recounted a story where she learnt that a young man in his 20s, who had racked up a credit card debt of some RM13,000, committed suicide because he felt he was a failure.

"I was very saddened about this because no one told him about coming to see us. It was only at the funeral that people were heard asking why he chose to end his life and why he didn't go to AKPK instead."

From filling up application forms for customers who cannot fill it themselves, to helping them in credit restructuring, Koid said AKPK would do its best to help every single person who came to them.