Harvest Capital has been the firm's leading strategic investor since inception

SHANGHAI, June 15, 2021 /PRNewswire/ -- Eastroc Beverage (SH:605499) has performed strongly since its shares were listed on China's A-share market on May 27, 2021. As of market close on June 11, the value of the firm's shares had risen by the exchange's maximum allowed daily limit for 12 consecutive sessions, closing at 190.09 yuan (approx. US$28.60). Harvest Capital has been one of the leading investors. 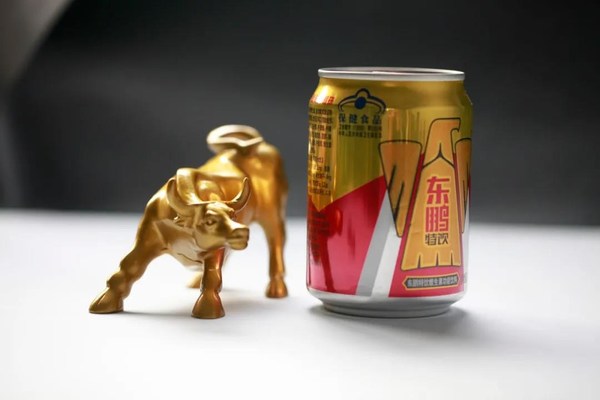 Based on the price, Eastroc Beverage's market value rose to a new high of 76.04 billion yuan (approx. US$11.8 billion). For investors who had won the right to purchase at the IPO price of 46.27 yuan (approx. US$7), the allotment that they were able to acquire yielded a profit of 140,000 yuan (approx. US$21,000), an unusually high return on investment. At the same time, the turnover rate is very low, indicating that investors are reluctant to sell their shares.

Early investors have done very well. Since inception, the company received 357 million yuan (approx. US$53.6 million) in strategic investment from Harvest Capital in June 2017. At the same time, Alan Song (also known by his Chinese name Song Xiangqian), founder and chairperson of Harvest Capital, also served as a director of the investment firm.

Mr. Song, on many occasions, has spoken highly of the firm's main product: "Eastroc Vitamin Functional Beverage was able to establish a position in the market quite rapidly, with a growth rate higher than many peers, something which is quite rare in the market today."

Following the listing, Harvest Capital holds 36 million shares, some 9% of all shares issued and outstanding. Based on the June 11 closing price, Harvest Capital's share value topped 6.843 billion yuan (approx. US$1.03 billion), representing a 19-fold jump in floating book profit over a four year period, equivalent to an increase of more than 6 billion yuan (approx. US$902 million) in value.

In Mr. Song's opinion, the listing is just a beginning for Eastroc Beverage, the numbers 10 billion and 100 billion acting simply as benchmarks to remind company executives to constantly challenge themselves.

There is a Chinese idiom, xing xing xiang xi, which means that people with the same personality, interests, and circumstances love, sympathize, and support each other. Mr. Lin, the chairperson, revealed previously that he is a strong believer in this concept, and, on its basis, has rejected dozens of investment requests from external investors, and finally chose Harvest Capital who has brought in not only ordinary investors who supply the funds, but like-minded and vision matching business partners.

Once Harvest Capital became an investor, they provided much assistance to Eastroc Beverage. For example, their executives' rich experience and well-developed relationship networks were key drivers in arranging the strategic cooperation between Eastroc Beverage and China's leading retailer Chacha Food. Harvest Capital also assisted Eastroc in getting Eastroc Jiaqi, a new energy drink, placed in the 300,000 convenience stores of Meiyijia, a leading Chinese convenience store network.

Eastroc's core mission is to reach more consumers and make a single product a sustainable hot item. According to data released by Euromonitor International, among all categories, energy drinks maintained a high compound sales growth rate of 15.02% between 2014 and 2019.

Overall, the firms that Harvest Capital has chosen to invest in have withstood the test of the market. Over time, most of the chosen firms have long been the leaders in their respective industry segments as a result of having followed the law of market development. This has allowed Harvest Capital to gain a reputation in China as an ideal partner for the country's leading firms.

Song had earlier said that as Chinese manufacturers continue to grow and expand, it behooves the country's private equity sector to provide value-added services, including empowering the enterprise from the inside through value chain restructuring and finding untapped value in existing resources while, from the outside, through value realization.