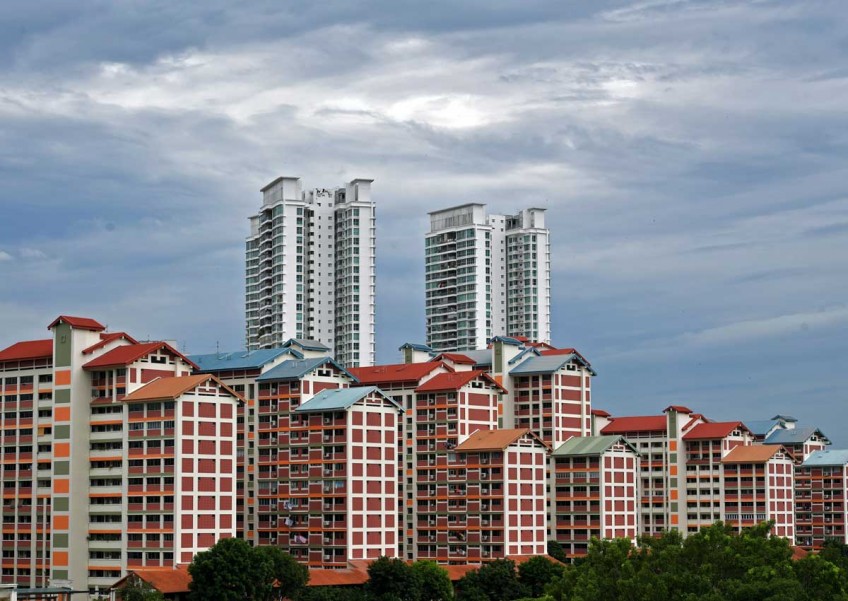 On March 10, 2017, many were taken by surprise by the government's move to ease property cooling measures by adjusting downwards the holding period and rates for the seller's stamp duty (SSD). Though this change does not directly impact the executive condominium (EC) market, there should be a positive spillover effect from the boost in sentiment in the private residential market.

But even before the surprise announcement, the demand for ECs had already risen in the past year with buyers snapping up 3,999 EC units in 2016, an increase of 56.8 per cent over 2015's sales of 2,550 units. The jump in sales may be partially attributed to improving sentiment in the private residential market, as buyers returned to the market with increasing belief that private home prices are stabilising. Notably, the top two selling EC projects in 2016 were Wandervale and Treasure Crest, which sold a total of 1,001 units.

Despite the jump in EC volumes on the back of improving sentiment, EC prices have not fallen much. With that in mind, one may ask if ECs still present a compelling value proposition for buyers.

Read also: Why you shouldn't rush to buy property after the easing of property cooling measures

A hybrid between public and private housing, ECs were immensely popular among buyers from 2012 to 2013. Similar to private condominiums, ECs are built and designed by private developers and come with condo facilities such as swimming pools and BBQ pits. First-time EC buyers also enjoy government grants of up to S$30,000.

However, buying a new EC unit comes with restrictions. There is a prescribed monthly household income ceiling of S$14,000 and buyers of new ECs have to form a family nucleus, which must comprise two Singapore citizens, or a Singapore citizen and a Singapore permanent resident (PR). New EC buyers also have to adhere to a minimum occupation period (MOP) of five years before they can sell in the open market to Singapore citizens or PRs only. Only after 10 years will the EC be considered fully privatised and can be sold to foreigners.

New EC units are sold at a discount to comparable new private condos. Currently, the discounts can range from 20 per cent to 25 per cent. Notably, when the restrictions on ECs are lifted after the five-year MOP and at privatisation, the price gap of resale ECs and resale condos narrows to around 9 per cent and 5 per cent respectively.

How fast did past EC launches sell?

Historically, new EC launches sold relatively well with the exception of a few projects which were caught by cyclical market downturns. The early batch of ECs that were launched in 1996 to 1999 were mostly very well received. The median duration for each EC project to sell 80 per cent of its stock was only a short span of 3.7 months (Chart 1). Market sentiments were at a high then after a run-up in property prices between 1992 and 1995, and ECs presented an affordable opportunity for many to jump onto the private property bandwagon. However, a few EC projects that were launched between 1998 and 1999 were caught in the aftermath of the 1997 Asian financial crisis and their pace of sales moderated sharply.

The subsequent batches of EC launches experienced a slower pace of sales, as seen by the increase in median duration (Chart 2). ECs were back in vogue from 2010 to 2013, and 24 projects were launched during this period. The suspension of the Design, Build and Sell Scheme (DBSS) in 2011 and rising private home prices drove demand towards the EC market and the pace of sales fell to 9.3 months. With increased demand, EC prices started to rise and the government intervened to cool the market. A 30 per cent mortgage servicing ratio (MSR) and a resale levy were implemented in late 2013.

To date, a total of 63 EC projects have been launched. Of these, 23 have already completed their five-year MOP and are available on the resale market. We analysed their launch prices and subsequent resale prices five and 10 years after their respective completions, and matched their caveats to derive the average profits and losses of transactions (Chart 3). The analysis focused solely on S$ per square foot prices and does not take into account grants, stamp duties and other miscellaneous fees.

The results show that not all ECs were profitable after their five-year MOP. Despite the inherent price gap between ECs and private condos, buyers who picked up ECs near or at the peak of the market made losses after the five-year MOP. This applies to the first batch of ECs that were launched from 1996 to 1999. After a series of tumultuous events such as the 1997 Asian financial crisis, the 2001 tech bubble burst and the 2003 Sars outbreak, the Urban Redevelopment Authority's overall private home price index during 2004-2005 was still about 35-38 per cent below the Q2 1996 peak.

Read also: Will the changes to Singapore's property cooling measures affect you?

The next batch of ECs projects, launched between 2001 and 2005 during a period of stagnating private home prices, fared much better. Their owners benefited from the subsequent upturn in property prices in 2006 and reaped significant profits when they sold their units five years after their MOP.

In the longer run - 10 years after completion - all of the ECs were profitable. One should bear in mind that EC resale prices closely correlate with overall private home prices and the EC-private condo price gap does not guarantee a sure-win investment for ECs.

Since their inception in 1996, ECs have enjoyed success on the whole. Most EC projects tend to sell out within two years. However, in early 2016, there were mounting concerns about the state of the EC market, with launched but unsold inventories of EC units soaring to a historical peak of 4,007 units in April 2016. But EC sales started to recover soon after and the unsold inventory fell to 2,088 units in February this year.

Unlike its private condo counterpart, the supply of ECs is more limited, and the only source of new EC sites is the Government Land Sales Programme (GLS). There have been no new EC sites on the confirmed list in the past two GLS exercises. Bearing in mind the 15-month waiting period from acquiring the site and market launch of the project that developers have to adhere to, ECs will be in short supply in 2017 and 2018. Only three new EC projects are expected to be launched this year, compared to five last year.

The main driver of EC demand is the significant price gap between this housing form and suburban private condos. With a lower purchase price and similar characteristics between ECs and private condos, ECs enjoy a higher margin of safety and a bigger potential for capital appreciation. The availability of government subsidies helps to underpin this advantage. Furthermore, the sandwiched class has few alternatives with the suspension of the DBSS scheme.

In conclusion, ECs still offer an attractive value proposition for eligible owner-occupiers, given the significant price gap, government grants, and the lack of alternatives for the sandwiched class.