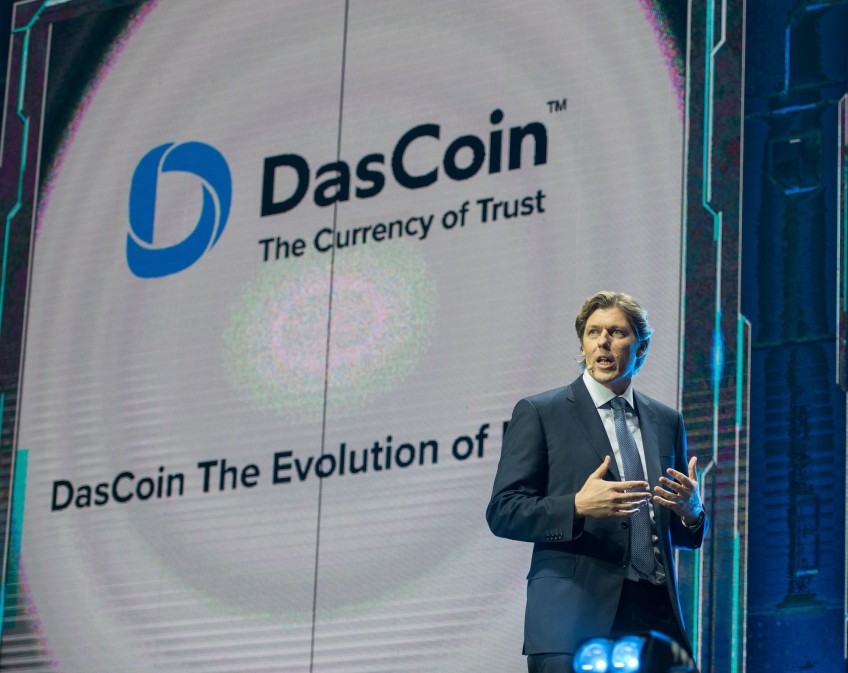 LONDON - Media OutReach - APRIL 30, 2018 - DasCoin, the Currency of Trust and the store of value within Das ecosystem, will begin publicly trading on several cryptocurrency exchanges from today. The launch, taking place in central London, represents the culmination of a two-year journey of preparation and strategic activity to develop its business platform.

Confirming its position as the Currency of Trust, DasCoin will only be traded on public exchanges that operate the same strict "Know Your Customer" authentication protocols that underpin DasCoin itself.

Michael Mathias, CEO of DasCoin, said: "Public trading is a significant milestone in the DasCoin story, and listing on these initial exchanges is a testament to the interest in our unique blockchain solutions model.  It fulfils the promise of a huge amount of work by DasCoin and continues to build upon the launch of our proprietary blockchain in March last year.

Mathias continued, "We are pleased to be partnering with three exchanges, some established and other new innovative market entrants as we continue on this journey.  We look forward to announcing many more as we continue to expand our blockchain alliance."

DasCoin will begin trading on the following exchanges later today:

DasCoin also launched its Technical White Paper which can be downloaded at www.dascoin.com.

More than 750 million DasCoin have already been minted since the blockchain launched March 2017.

Members of the NetLeaders community purchase licenses giving them access to a certain number of Cycles -- units of capacity -- on the blockchain. These Cycles can either be used for a variety of services or submitted to the DasCoin Minting Queue and converted into DasCoin. There will be a total maximum volume of 8.589 billion DasCoin.

DasCoin possesses and operates best-in-class blockchain technology based upon BitShares' distributed ledger technology, known as Graphene.  BitShares is one of the longest ledger in existence and is one of the highest performing ledgers with capacity exceeding 100,000 transactions per second.

And on April 1, DasCoin released its codebase onto Github to ensure that every bit of information in its blockchain can be shared or queried, making DasCoin's blockchain transparent.

Additionally, DasCoins are not "mined" like those of Bitcoin and other proof-of-work coins. The minting process results in a significant reduction in energy consumption, as well as a more equitable distribution of value.

About DasCoin: DasCoin  is a better way to store and exchange value and is the next step in the evolution of money.

DasCoin is the blockchain-based currency at the center of an innovative digital asset system that seeks to optimize the strengths and eliminate the weaknesses of existing currency systems. It is fast, efficient, balanced, secure and scalable.

DasCoin is focused on creating a digital currency that delivers superior performance through greater operational efficiency, increased transaction capacity, wider distribution, better governance and greater regulatory compliance. Protected by industry leading security protocols and a permissioned blockchain, DasCoin is a pioneer in the sector with the goal of becoming the world's first mainstream digital currency.

More information on exchanges can be found at --