Exclusive: Uber plans to kick off IPO in April - sources

Ride-hailing company Uber Technologies Inc is planning to kick off its initial public offering in April, putting it close on the heels of smaller rival Lyft Inc, people familiar with the matter said on Thursday.

Next month, Uber will issue its required public disclosure, known as an S-1, and launch its investor roadshow, the people said. Those events will set in motion the Wall Street debut of one of Silicon Valley's most closely watched companies.

The timing for Uber's IPO means it will most likely hit public markets soon after Lyft completes its own public offering, which is expected to happen by the end of March, people familiar with the matter said. Uber declined to comment.

The neck-and-neck race extends a long-held rivalry between the two loss-making companies, which have battled each other for riders and drivers since their inception.

Uber's business is much larger and more diverse than Lyft's, and the company has moved relatively swiftly to go public given both firms filed confidential paperwork for an IPO at the same time in December.

Uber, a global logistics and transportation company most recently valued at $76 billion in the private market, is seeking a valuation as high as $120 billion, although some analysts have pegged its value closer to $100 billion based on selected financial figures it has disclosed.

Lyft, a smaller firm which has ride-hailing and bike-renting in the United States and several Canadian cities, is seeking a valuation of $20 billion to $25 billion, up from its $15 billion valuation as a private company.

The two companies are positioned to kick off a string of hotly anticipated public debuts from highly valued tech companies, energizing the IPO market after a quiet start to the year.

Both companies stand to benefit from Lyft joining the public markets first. 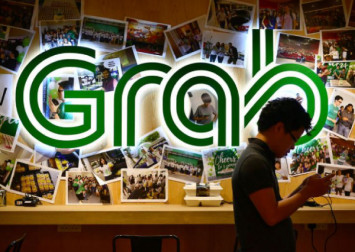 Being ahead of its larger rival allows Lyft to take advantage of pent-up investor demand for high-growth tech companies, rather than ceding available investor capital to Uber. And a successful IPO for Lyft would allow Uber to benefit from market euphoria and also demand a high valuation.

Uber's revenue last year was $11.3 billion, while its gross bookings from rides were $50 billion. But the company lost $3.3 billion, excluding gains from the sale of its overseas business units in Russia and Southeast Asia.

Uber will have the challenge of explaining and selling to investors a business that is more complex and less focused than Lyft's.

Uber's business operates in more than 70 countries and includes not only ride-hailing but also bike- and scooter-rentals, freight hauling, food delivery and an expensive self-driving car division.

SoftBank's Vision Fund and Toyota Motor Corp are part of a consortium of investors in talks to invest $1 billion in Uber's self-driving car unit, Reuters reported on Wednesday. Taking on large investors that will influence a key business is an unusual move for a company so close to an IPO.

Uber Chief Executive Officer Dara Khosrowshahi will be tasked with convincing investors that he has successfully changed the company's culture and business practices after a series of embarrassing scandals over the last two years.

Those have included sexual harassment allegations, a massive data breach that was concealed from regulators, use of illicit software to evade authorities and allegations of bribery overseas.