Across the board, Singapore’s non-oil exports plunged 10.1 per cent in January, the third successive monthly decline, while oil exports fell by 3.2 per cent overall.

Singapore is feeling the pinch of China's economic slowdown as exports to the mainland collapsed in January.

Sales of gold to China collapsed by 94.9 per cent, while specialised machinery exports fell 55.2 per cent and measuring instruments fell 40.9 per cent. 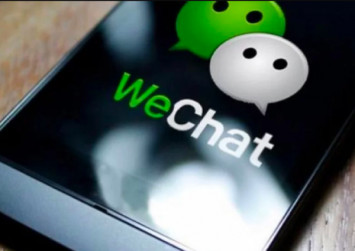 "This points to a broad weakness in external demand, with these products ubiquitous in almost all production and packaging," he said.

Economists polled by Reuters had predicted a 1.6 per cent drop in the non-oil exports sector, showing that the situation is worse than expected.

It also marked the biggest fall off in exports since October 2016.

The non-oil decline was led by a slump in electronics exports, which, on an year-on-year basis, declined by 15.9 per cent.

Within that, there was a 34.3 per cent decrease in personal computer exports.

Enterprise Singapore, the government agency for supporting business, put the slump down to a "high base" one year ago, while there are also seasonal issues, including the annual trend that electronics sales decline at the start of the year, as was the case in 2015, 2016 and 2018.

However, there are concerns that Singapore may be heavily exposed to an economic downturn in China, which is its second largest export partner (16 per cent) behind Hong Kong (19 per cent).

Few of the goods imported to Hong Kong are consumed in the city, with a large portion of the 75 per cent that is exported going to China.

Furthermore, Singapore's economic performance is commonly viewed as a good indicator of the health of the global trading picture, given the country's heavy reliance on imports and exports.

Exports of goods and services were worth 173.35 per cent of its gross domestic product (GDP) in 2017, meaning that the value of goods exported from Singapore are far more valuable than what is produced inside the country, reflecting its important status as a shipping, logistics and transshipment hub.

Data from Singapore's trade ministry released last week showed that the economy grew by 1.9 per cent year-on-year in the fourth quarter, down from the 2.4 per cent in the previous three months. 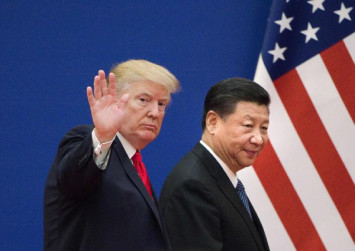 "A sharper than expected slowdown of the Chinese economy could adversely affect the region's growth due to falling import demand from China, especially given regional economies' close interlinkages with China through their participation in manufacturing and trade-related services value chains," the ministry said.

"Against this backdrop, the pace of growth in the Singapore economy is expected to slow in 2019."

Also released on Monday, Thailand's GDP growth jumped to 3.7 per cent for the final quarter of 2018, year-on-year, up from 3.2 per cent in the third quarter.

The figure beat a Bloomberg poll of economists, which predicted a rise of 3.6 per cent, but analysts said that Thailand, as with most Asian export hubs, is also vulnerable to the wider slowdown in demand.

"GDP growth in Thailand picked up in quarter four, but it is likely to struggle for momentum in the quarters ahead due to weaker external demand," said Gareth Leather, senior Asia economist at Capital Economics.

"The key risk to the outlook is the possibility of unrest if the electorate feels it is being denied free and fair elections, expected to be held on March 24."

Thailand will hold general elections nearly five years after the military seized power for the second time in two decades from the country's powerful Shinawatra clan.