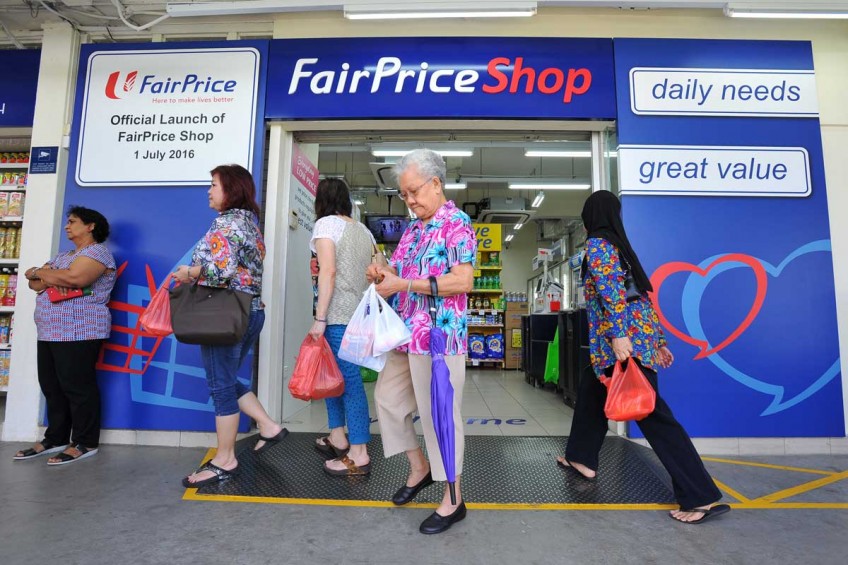 The FairPrice Shop in Eunos is one of two - the other is in Circuit Road which opened on 1 July 2016.
The Straits Times

This will bring the total number to 12.

The outlets, which are one-tenth the size of its normal supermarkets, are located near the homes of lower-income families and feature a smaller but more affordable range of products that fill half the stores.

These include house brand products, Yellow Dot items - the lowest-priced items in each product category - and Every Day Low Price items, goods that are the most popular and competitively priced.

House brand Value Fresh is stocked exclusively at these stores, and its range includes 30 types of fresh vegetables priced 5-10 per cent lower than Pasar, FairPrice's other range of house brand produce.

The FairPrice Shop format was launched last July, with the conversion of two FairPrice supermarkets in Eunos and Circuit Road.

Read also: SMEs get a boost from FairPrice scheme

After their conversion, the two no-frills supermarkets saw an 8 per cent increase in sales compared with the previous year, FairPrice said.

The locations of the new stores have yet to be determined.