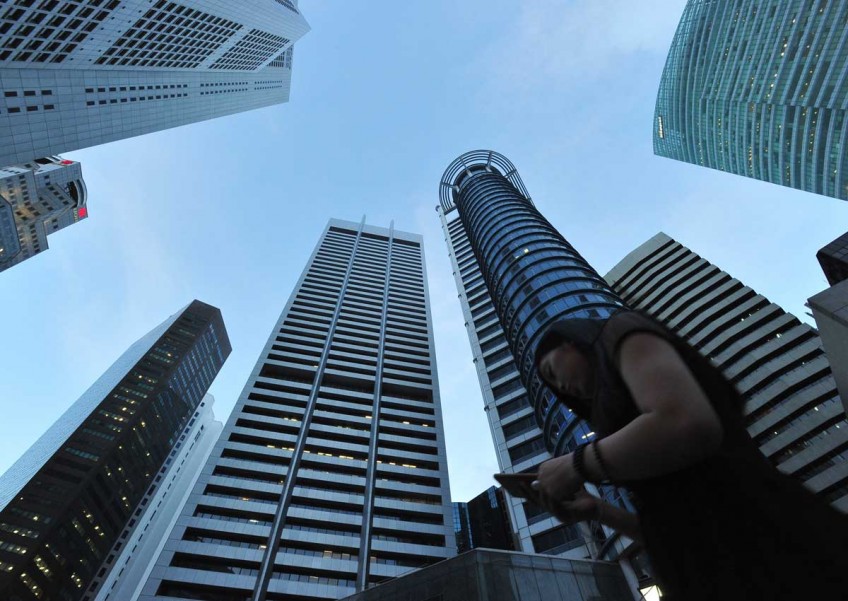 IS THE fintech (financial technology) industry in Singapore losing its appeal for investors?

This is a valid question when one looks at the numbers crunched by KPMG from its global fintech study called Pulse of Fintech. According to KPMG, in 2016 there was a 65 per cent drop in overall investment in Singapore-based fintech companies, down from 2015's US$605 million(S$856 million) to US$214 million.

Interestingly, the number of deals decreased by only two, to 28, during the same period, indicating an overall fall in average deal value.

If the figures are diced a bit more, it shows that venture capital (VC) investment (as opposed to enterprise investment whereby a company, say a bank, invests in a fintech) in 2016 was down to US$79 million from US$172 million in 2015, despite the number of deals staying the same in both years - 25. Many of the larger VC fundings in Singapore were concentrated among a few sectors: online payments, remittances and foreign exchange trading platforms.

These numbers probably indicate that after the whirlwind growth over the past few years, the investment community is taking a pause from the excitement of an early foray into a disruptive technology that's been touted as a saviour of the financial sector. Is euphoria being replaced by more hardnosed business appraisals before the investors reach into their wallets?

The technology industry - and fintechs are by definition technology companies - is no stranger to wild valuation and a rush to get on board before it's too late. In such circumstances, in the initial period, normal valuation metrics go for a toss. This was starkly evident during the dotcom bubble era around the turn of the millennium. It was also evident in the early stages of the social media wave around 5-10 years ago, when (then) loss-making startups got multi-billion dollar valuations based on a promise of future earnings. And this same thing is playing out in a more muted fashion in other industry verticals today, such as IoT (Internet of Things) and big data.

Coming back to fintechs, perhaps a more correct assessment of the KPMG numbers would be that they indicate a certain maturity in the industry in Singapore - the initial euphoria over the disruptive power of fintechs have been replaced by more realistic assessments of individual startups and the viability of their business models.

Ng Chong Yang, CEO of fintech startup ACE FinTech Holdings, summed it up very nicely when he told The Business Times recently that since fintech is the new disruptive sector, typical valuation metrics that VCs employ have broken down and there is a lot of confusion in the minds of investors.

Hence most of them, in 2016, adopted a "wait-and-watch" policy. This would explain why there was such a steep fall in investment numbers. Mr Ng's own startup will soon seek its first round of funding, and he feels this year things will move forward again. "I am optimistic that the solid fintechs will get VC funding going forward," he said.

The KPMG report did note that despite a fall in investment, during 2016 Singapore moved forward with numerous initiatives to make Singapore a global fintech hub.

A Monetary Authority of Singapore (MAS) spokesman recently said fintechs could help the financial sector in Singapore regain its dynamism. However, recognising that there are inherent risks in trying out new technology ideas in the heavily regulated industry, prone to cyber attacks, MAS in 2016 introduced what is known as a regulatory sandbox where new ideas can be tried out without endangering the industry or causing regulatory friction. MAS has also taken a number of other initiatives like signing an agreement with the Australian Securities and Investments Commission for fintech innovation co-operation in the second quarter of 2016.

MAS's emphasis on developing the fintech sector is understandable. At a macro level, the value proposition that fintechs bring to the table for the financial services industry is unquestioned. Most financial products today are powered by software and data. They are, therefore, highly amenable to digital sales and delivery. Successful fintechs have been able to serve customers who are often missed by banks due to various reasons such as low creditworthiness, they are hard to reach and their low transaction amounts make them less of a priority for banks. There are already many success stories of fintechs helping smaller companies with working capital, bringing down cost in the remittances industry, making online payments seamless as well as cheaper, and enabling mobile-based peer-to-peer payments.

This is not to say that fintechs can replace banks. As one banker told BT recently, the key is for banks to become "extraordinarily adept" at integrating the best fintech innovation. He noted that fintechs need the scale and other strengths incumbent banks already have and banks need to keep up with the evolving environment, for their customers' sake and for their own. "And consumers need choice, and to be able to trust that their interests are protected," he added.

What works best is a symbiotic relationship between banks and fintechs. Banks have the scale and secure processes which ensure fiduciary responsibility while fintechs bring agility and technology to drive down costs and increase customer reach. Fintechs are here to stay but from now on, quality will matter over quantity in this rapidly evolving sector.

Most of the Singapore-based banks have started fintech programmes in-house and this could also perhaps be one explanation for the fall in investment in startups. For example, recognising that fintechs are developing innovative solutions which could bring added convenience to customers, UOB has partnered Infocomm Investments Pte Ltd (IIPL) to set up The FinLab.

Read also: Is fintech only for millennials?

UOB hopes to use The FinLab to help transform emerging technologies into what could be the future of financial services. "We want to nurture and develop the brightest and the most innovative startups that could provide solutions in areas such as payments, wealth management, customer experience management, data analytics, mobile banking and SME (small and medium-sized enterprises) banking," Lee Wai Fai, UOB's group chief financial officer, told BT recently.

Despite the 2016 numbers, many industry watchers feel 2017 could be another banner year for fintechs in Singapore. However, the new fintech players will need to be sharper in their business model and value proposition, as VC funding for this sector has matured from the initial euphoria. The fintechs that are successful from now will have to clearly prove that they can rapidly scale up and go to the next level in terms of reach and value proposition.

This article was first published on Mar 09, 2017.
Get The Business Times for more stories.