Fewer compliance rules, not more, is what firms need 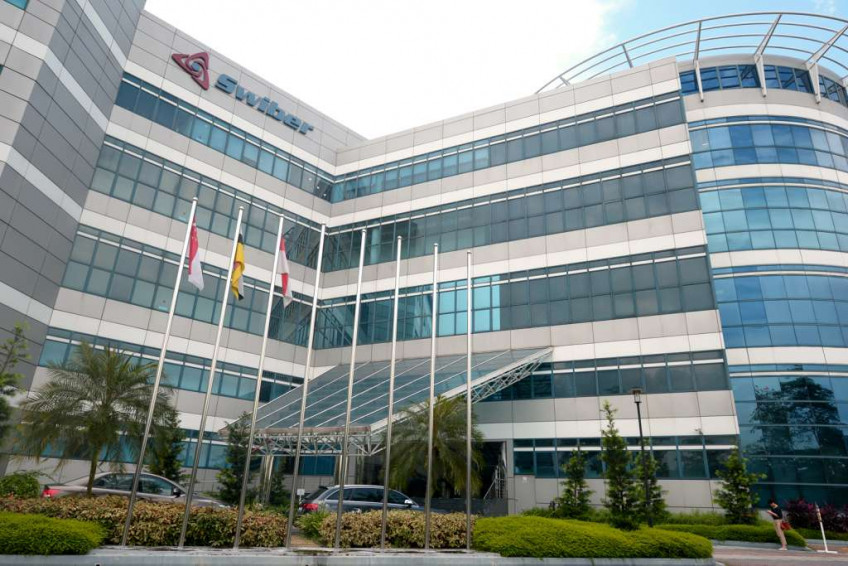 Swiber Holdings suddenly went belly up last year despite the firm conforming to every code of corporate governance and even getting an award, in 2012, for its efforts.
The Straits Times

Anyone who has run a listed firm in the past 20 years will tell you that the red tape involved in complying with listing requirements has multiplied time and time again.

Companies now have to conform with a long list of best-practices standards; forms to be filled in, quotas to be met, boards and committees to be staffed with people of good standing to act as a check on management.

For investors, there is one unintended consequence - a visible thickening of the annual reports to cope with the proliferation of disclosures.

Not that this is exactly a bad thing. In a publicly listed firm, most shareholders - especially the smaller ones - have little say over how a company is run.

Yet they bear all the risks when they buy a company's shares. In the unlikely event that the firm goes belly up, they lose their investments.

That is why safeguards are put in place to protect their interests, with one of the most important being the code of corporate governance, which offers guidelines on sensitive issues such as board composition and disclosure on directors' pay.

Adherence to the code is voluntary but companies that do not comply have to explain any deviation from the code in their annual reports. The code was first issued in 2001, then revised in 2005 and again in 2012.

It is now up for yet another review, as a vigorous debate emerges in the local investment community over whether the Singapore Exchange (SGX) should allow companies to list using a dual-class share structure, which gives more voting rights to certain shareholders.

The big concern for companies, especially the smaller ones, is whether implementing any revisions in the code will add further compliance costs, in order for them to keep their shares quoted on the SGX.

Still, it is not difficult to see why there is a clamour for yet higher standards of governance. Take the move to consider how the comply-or-explain regime under the code can be made more effective.

When the code was last revised in 2012, one change to ensure director independence was to subject those who served more than nine years on a board to a "particularly rigorous review".

Despite this guideline, there is a big proportion of companies with at least one director who is still declared as independent, despite his serving over the nine-year limit.

Yet, as Mr Willie Cheng, chairman of the Singapore Institute of Directors, observed in a recent article, many boards "simply and baldly declare that they have conducted rigorous reviews (without detailing the review process undertaken) and conclude that they have found the director in question to be independent".

So much for the effectiveness of the comply-or-explain regime as we know it, one might say.

But it is debatable if any further tightening of the screws on corporate governance will improve the way companies behave.

The previous two code revisions took place in the aftermath of a spate of corporate scandals. But this hasn't stopped further scandals from erupting.

This occurred despite the firm conforming to every code under the sun, and even getting an award, in 2012, for its efforts from the Securities Investors Association Singapore.

True, it had obeyed the code to the letter, splitting the roles of chairman and chief executive while also ensuring that independent directors made up one-third of its board.

That should arguably have given its board a strong element of independence in exercising objective judgment independently of the management, to paraphrase the code.

But it still remains a mystery how the board - especially the independent directors - could have allowed a misleading announcement about a US$710 million (S$1 billion) project in West Africa to slip through, making the awarding of the project appear more probable than it turned out to be.

What is even more inexplicable is the fact that between December 2014, when the company first disclosed the project, and July 2016, when a brief announcement was made that it had been delayed, there was no update at all, even though the project made up a big chunk of the company's order book.

Given the sheer size of the contract, it begs the question as to whether the independent directors broached the issue during board meetings.

No surprise then that when Swiber was investigated by the Commercial Affairs Department, the independent directors should also find themselves hauled up for questioning and "released on bail", according to a statement released by the company to the SGX.

What should be done?

Former SGX chairman Chew Choon Seng, who is chairing the council reviewing the code, stresses the importance for listed companies to go beyond box-ticking and boilerplate explanations in implementing their corporate governance practices.

I agree. But for that seismic change to take place, there must be a transformation in the mindset among independent directors.

The code has already tightened the definition of such directors to make sure that they have no relationship with the company, its subsidiaries, management or substantial shareholders who may interfere with their ability to make independent judgments so that, on paper at least, they appear to be just that - independent.

But the way we are wired in our consensus-seeking culture, it is very rare, if ever, for an independent director to take an adversarial stand against any proposal put forward by the company boss which he doesn't agree with.

This is even more so in cases where the boss is also the founder and still owns a sizeable stake in the firm.

When there is an impasse, an independent director may resign quietly and keep his fingers crossed that nothing unfortunate befalls the company.

Too often, when the damage is done, these hapless directors find that there is no turning back the clock. Sometimes, they even have to pay very dearly for their acquiescence.

They find themselves being sued by the company's liquidator for breach of directors' duty.

Against this backdrop, rather than recommend putting even more guidelines into the code in the latest review, an attempt should be made to streamline the code.

The comply-or-explain regime should be confined to a few key issues, such as directors' independence and remuneration of key company officers, to ensure that the board pays sufficient attention to them.

There will always be the occasional wayward company that abuses the system.

But in the clamour to take remedial action in the clean-up that follows, it is the wider bourse that feels the sting of higher compliance and its associated costs.

Worse, this emphasis on corporate governance may snowball into a racket, complete with expensive consultants coming up with compliance checklists and lots of bogus targets to be met, distracting the board and management from keeping an eye on important objectives, like how to drive the company forward.

Ensuring that companies are well-behaved is important but let's not make the rules so onerous that companies complain that complying with them is too much of a hassle.