Peugeot-maker PSA and Fiat Chrysler unveiled Thursday a plan for a 50-50 merger that aims to create the world's fourth-largest car manufacturer, but quickly came under pressure to preserve jobs.

With automakers needing to cut costs as the global car market slows and at the same time invest heavily in developing cleaner vehicles, the French and US-Italian firms said their tie-up would generate 3.7 billion euros (S$5.6 billion) in annual savings.

The boards of PSA and Fiat Chrysler (FCA) backed the plan on Wednesday to create a company with combined annual sales of some 170 billion euros per year and 11 billion euros of operating profits, with negotiations continuing to resolve all the details.

The tie-up would leapfrog the carmakers into fourth largest in terms of sales behind Volkswagen, Renault-Nissan-Mitsubishi and Toyota, and would combine a host of well-known brands from Alfa Romeo, Jeep and Dodge to Citroen, Opel and Vauxhall.

The boards of both carmakers "share the conviction that there is compelling logic for a bold and decisive move that would create an industry leader," the companies said in a joint statement. 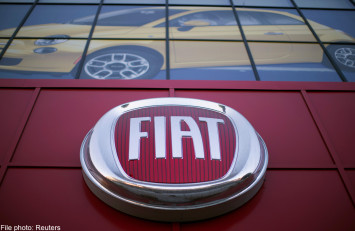 FCA is weaker in Europe than PSA, with its French and German mass market brands. The company also lags in bringing electric cars to market and investing in new forms of mobility.

PSA meanwhile is absent from the massive US market, where FCA sells the Chrysler, Jeep, Dodge and Ram brands.

A final agreement could be reached "in the coming weeks," according to the joint statement.

The merger would be achieved via the creation of a parent company in the Netherlands, with the shareholders of PSA and FCA each holding half the capital.

The Dutch-based parent company would have balanced representation, with FCA's John Elkann as chairman and PSA's Carlos Tavares as CEO.

While investors cheered when the automakers first confirmed their talks on Wednesday, on the markets Thursday the news had very different effects on the two companies' shares.

PSA fell nearly 13 per cent, while Fiat Chrysler jumped more than 8.5 per cent despite the Italian-US firm posting third-quarter losses of 179 million euros.

Daniel Larrouturou at asset management firm Dom Finance said the reaction of PSA shareholders was due to its market capitalisation being larger than Fiat Chrysler's.

"With a 50-50 merger, Peugeot is technically buying Fiat and offering a bonus to its shareholders," he said. "The market is taking this into account and consequently adapting the share price." 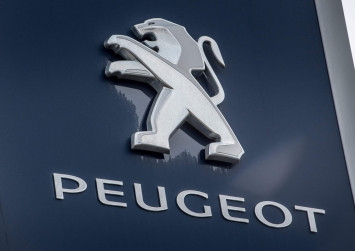 While the companies said a definitive deal could be reached soon, a successful outcome is not guaranteed.

Fiat Chrysler tried to merge with PSA's French rival Renault earlier this year, but the deal was scuppered in part by opposition from the French government, which owns stakes in both PSA and Renault.

For the moment, Paris has signalled its support for the new merger plan.

But Economy Minister Bruno Le Maire warned we "will remain particularly vigilant on the industrial footprint in France".

The carmakers said the 3.7 billion euros in projected annual savings were calculated without any factory closures.

Patrick Michel, an FO trade union representative at a PSA plant in the eastern French town of Sochaux, welcomed the deal, saying it would put the French company "on the same level as the global giants Volkwagen and Toyota."

Michel said he hoped it would lead to more work for PSA's French sites, for example in producing cleaner engines for Fiat, which is struggling to meet EU emissions targets.

But others expressed fears for jobs with "workers pitted against each other," Jean-Pierre Mercier, a CGT delegate, warned.

IG Metall, which represents workers at Opel's factories in Germany, noted PSA had guaranteed jobs there through to July 2023 when it took over the firm.

Unite, which represents workers at PSA-owned Vauxhall factories in Britain, said "merger talks combined with Brexit uncertainty is deeply unsettling for Vauxhall's UK workforce, which is one of the most efficient in Europe."

The merger plan comes as the auto manufacturing sector -- which accounts for 5.7 per cent of global GDP and eight per cent of goods traded -- shrank 1.7 per cent last year by vehicles produced, according to the IMF.

A tie-up into a bigger firm would offer both companies advantages.

"FCA could remain independent as could PSA but obviously they lack the scale of some of their competition," said Ian Fletcher, an automotive analyst at market research firm IHS Markit.