Event to Showcase Opportunities for Potential U.S. Exhibitors At the Year's Biggest Platform for Global Trade, Taking Place in Shanghai from November 5-10 In Shanghai

SHANGHAI, March 16, 2018 /PRNewswire/ --  As part of its mission to promote and develop global trade, the organizing committee of the first China International Import Expo (CIIE or "the Expo"), in collaboration with LA Chamber of Commerce, will hold a roadshow on Friday, March 23 at the headquarters of the Los Angeles Area Chamber of Commerce to highlight the Expo's unparalleled business opportunities to American companies. 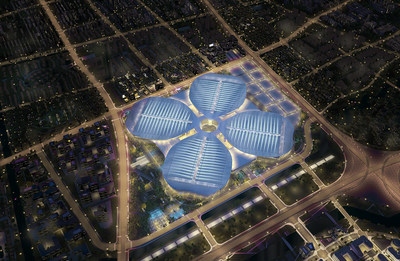 Details of the event are as follows:

"We're thrilled to have this opportunity to invite American companies to join in CIIE," said Sun Chenghai, Deputy Director General of the CIIE Bureau. "Thanks to the great help of our partners USCBC, The American Chamber of Commerce in China (Amcham), and the United States Information Technology Office (USITO), many U.S.-based firms have already signed on as exhibitors, joining other companies from over 120 countries. With 150,000 buyers expected to attend, and given CIIE's status as a landmark event and a fulfillment of the Chinese government's commitment to promote world trade, we hope that the information that we provide to our roadshow visitors will encourage more firms to attend and showcase their products."

USCBC, One of the Expo's exhibitor recruiters, has helped to invite its member businesses to participate in the CIIE. So far, 18 USCBC members, including Johnson & Johnson and Dell, have signed up for nearly 3,000 square meters of exhibition space. At the same time, Amcham and the USITO in Beijing have been working with the CIIE Bureau to facilitate the participation of their members. Microsoft, for example, will display its latest products at the Expo, showcasing their latest R&D breakthrough -- HoloLens, which projects 3D effects within an augmented reality view.

Official figures suggest that imports into China in 2017 totaled almost RMB 12.5tn (USD 1.95tn), an 18.7% increase compared to 2016. This figure is expected to rise to USD 8tn over the next five years as China, the world's second largest economy and second largest importer, continues its progression into new stages of development.

About the China International Import Expo

Interested exhibitors can visit http://www.ciie.org/zbh/en/ to check their qualifications to participate and apply no later than June 30th.