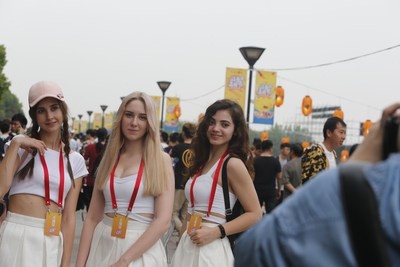 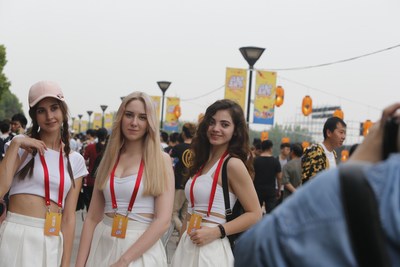 The three-day festival, which is supported by the Publicity Department of the CPC Wuhan Municipal Committee, gathered over 1,000 web celebrities from China and abroad in an area of 450,000 square meters. Over 100 international Internet and hardware companies such as Microsoft, Sony, Intel and Casio took part.

In addition to online contents including live streaming, video games, films and animation, the festival also featured local cultural elements such as intangible cultural heritage, graffiti and cuisine. Popular web celebrities presented colorful corners of the city to their fans through the lens.

Wuhan is the capital of Hubei Province. The metropolis has a population of 10 million and spans 8,569 square km. Its GDP topped 1.34 trillion yuan last year.

A circle with Wuhan as its center and a radius of 1,000 km, can cover a population of 1 billion and 90 percent of China's total economic aggregate. Wuhan is rich in water resources, with Yangtze River running through it. High-end service industries including commerce, finance, information, consultation, cultural innovation and tourism, are flourishing alongside the river in the city. It is also home to 89 colleges and universities with nearly 1.3 million students. The Military World Games will be held here in 2019.

Through the Douyu.com live video streaming festival, the city government aims to build the city into a global entertainment destination and attract more young people to from the globe to travel and work in Wuhan.

Wuhan has attached great importance to culture in its economic development. It was listed as a national demonstration base for the integration of culture and technology in 2012, and UNESCO's first "World Design Capital" among inland cities in China.