Flexi scheme 'unlikely to hurt singles' chances of getting a flat' 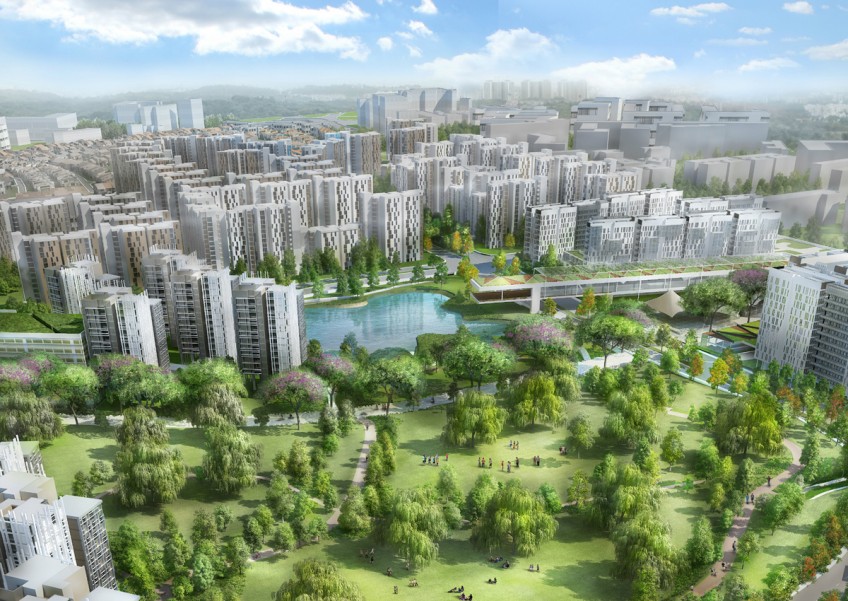 An artist's impression of the future Bidadari estate. The first Two-Room Flexi flats will be offered in the next BTO exercise in November in Bidadari, Bukit Batok, Choa Chu Kang, Punggol and Sengkang.
HDB

Single applicants' chances of getting a new flat are unlikely to be hurt by the upcoming new Two-Room Flexi scheme, although the quota of flats set aside for them is changing, said the Housing Board in response to queries yesterday.

The Two-Room Flexi scheme merges and replaces the studio and two-room flat schemes. Studio apartments were previously meant for only the elderly.

Out of this larger combined supply, 40 per cent in each Build-to-Order (BTO) project will be set aside for applicants aged 55 and above, subject to a minimum of 100 units, as announced by Prime Minister Lee Hsien Loong at the National Day Rally.

At the time, it was not clear what this meant for non-elderly single applicants. Previously, half of all new two-room flats in non-mature estates were set aside for singles.

In response to queries, the HDB clarified that a share of Two-Room Flexi flats in non-mature estates will still be reserved for singles.

In non-mature estates, after 40 per cent is set aside for elderly applicants, the remaining 60 per cent and any units not taken up by the elderly will be split. Half will be offered to families and half to non-elderly singles.

This means in such estates, at least 30 per cent of the Two-Room Flexi supply will be for non-elderly singles. They may even get more, as flats not taken up by the elderly or by families will also be offered to them.

"Based on past application trends, we thus do not expect significant impact on non-elderly singles' chances of getting a Two-Room Flexi flat," said an HDB spokesman.

In fact, non-elderly singles are likely to get most of the units, as studio apartments and two-room flats have been undersubscribed by elderly and family applicants.

Though the trend is not expected to change, the HDB said it will monitor the take-up rate of such units by various groups and adjust the quota if needed.

More than 70 projects with Two- Room Flexi flats will be launched in the next five years. The first such units will be offered in the next BTO exercise in November in Bidadari, Bukit Batok, Choa Chu Kang, Punggol and Sengkang.

In particular, the Choa Chu Kang project consists of only Two-Room Flexi units, with 120 on offer.

This article was first published on Sept 24, 2015.
Get a copy of The Straits Times or go to straitstimes.com for more stories.