Former Anbang chief gets 18 years in prison for fraud 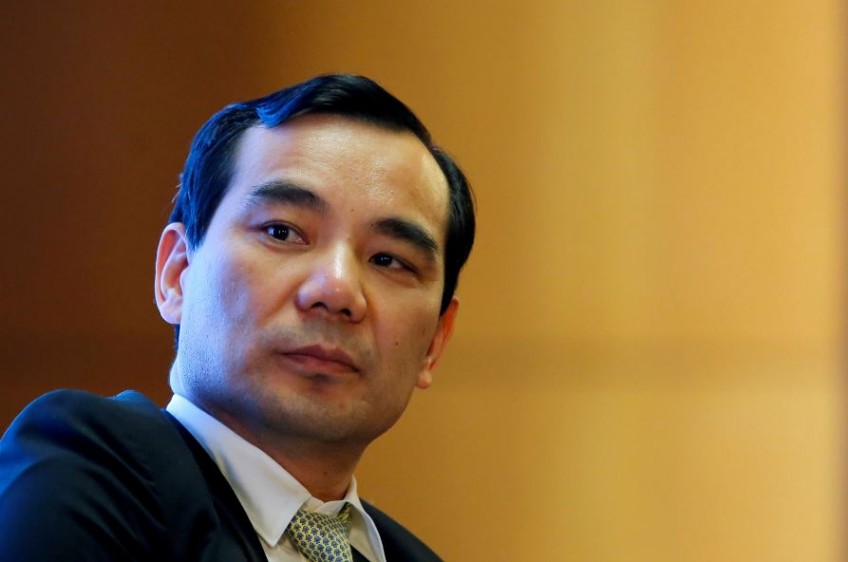 Wu Xiaohui, former chairman of Anbang Insurance Group, the Chinese conglomerate that owns the Waldorf Astoria hotel in New York, has been jailed for 18 years for fraudulently raising $10 billion and embezzlement.

The sentence was announced on Thursday by Shanghai No 1 Intermediate Court.

Wu, 51, has also been deprived of his political rights for four years, while the court has confiscated properties worth 10.5 billion yuan (S$2.22 billion). His illicit assets and any interest gained will be retrieved, the court said.

The court found Wu, who established Anbang in 2004, fraudulently raised 65.25 billion yuan and abused his post to benefit himself between 2011 and 2017.

The funds, raised by ignoring capital limits set by regulators to oversell insurance products worth 724 billion yuan to 10.6 million investors, were transferred to companies he controlled for overseas investment, debt repayments and "personal squandering".

He was also found guilty of embezzling 10 billion yuan in premiums paid by policyholders, a violation of insurance regulations, to ensure the cash flow of his other companies.

Wu was placed under investigation in June after a multibillion-dollar string of global acquisitions by the insurance and investment conglomerate prompted questions about how it was paying for the buying spree, which included the US$2 billion (S$2.7 billion) Waldorf Astoria purchase in 2015.

On Feb 23, Wu was removed as the group's head when the country's insurance regulator took control of the private insurer to protect its solvency and consumer rights.

Wu was prosecuted during an open trial on March 28, during which the court posted information about the proceedings on Sina Weibo.

The defendant denied all charges against him, saying in court he was ignorant of the rules and unaware whether his activities had violated the law, according to a court report. However, he pleaded guilty in his final statement at the trial.