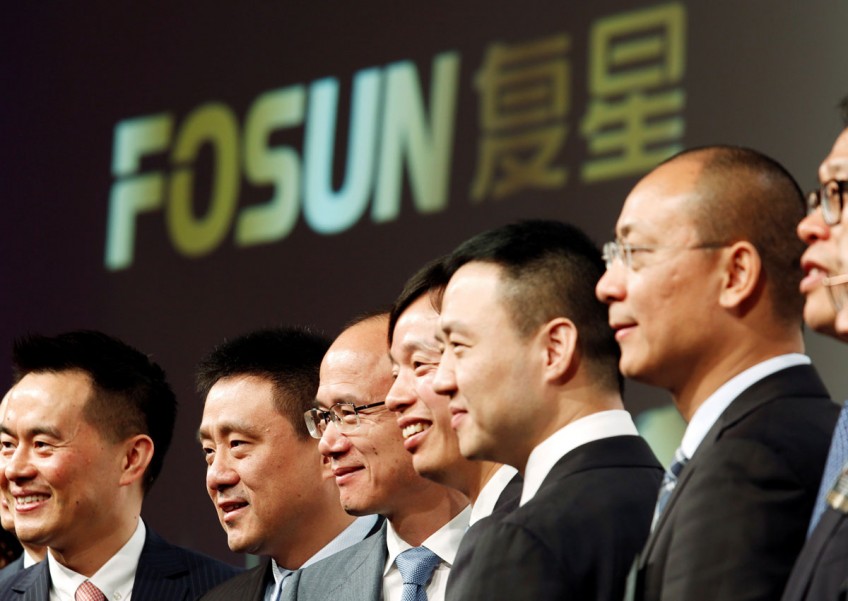 The company also announced 11 appointments to its senior management team and that it would expand its global partnership to aid international business growth.

Fosun said it is introducing a new generation of leadership, as two executive directors Chen Qiyu and Xu Xiaoliang were appointed as the group's co-presidents. Chen joined the group in 1994 and Xu in 1998.

"They represent the younger generation of managers who have grown up with Fosun from a young age," said a statement from Fosun.

Liang's and Ding's resignations will affect the company, one of China's largest private companies, according to cofounder and Chairman Guo Guangchang.

Liang said he left for health reasons. He has been replaced by co-founder Wang Qunbin, who oversees the leisure and entertainment businesses, including French leisure group Club Med and entertainment company Cirque du Soleil.

Ding said he left due to family commitments, according to a Fosun statement to the Hong Kong bourse on Tuesday. He has been replaced by Wang Can, who will oversee financial affairs.

Profit attributed to Fosun's owners hit 10.27 billion yuan, exceeding 10 billion yuan for the first time in Fosun's history since its establishment in 1992.

Guo said he "personally believes that Fosun's shares are severely undervalued" given its talented management team and the company's performance.

Analysts said Fosun's acquisitive approach has helped the company to boost its profits.

"At least in the pharmaceutical sector, Fosun's recent acquisitions have good prospects, considering the leading positions of the technologies and the productivity levels of the entities in which Fosun has invested," said Sinolink Securities Co in a research note.

"Consumption, driven by demand for health, wealth and happiness, has become a major engine for Fosun's growth," said a research note from Jiang Qi, an analyst with Zhong Tai Securities Co.