Huawei Technologies founder and chief executive Ren Zhengfei says the company, the world's largest telecommunications equipment supplier, will not try to squeeze the global market by lowering prices on its products.

Ren Zhengfei, founder and chief executive of Huawei Technologies, said the company should learn from Apple to set higher prices so that "competitors will be able to survive", as the Chinese firm remains on the defensive against US accusations that its products could be used for spying.

Huawei, the world's largest telecommunications equipment supplier, has long been criticised for undercutting rivals by offering its products at cheaper prices to win contracts. Now, Huawei is refuting claims that it would sell 5G mobile network gear below market prices.

"We will not try to squeeze the market by lowering our prices," said Ren, according to a transcript of his interview with CNN in March.

"In spite of all the pressure we are currently under, we still sell our products and solutions at high prices to maintain good order in the market."

Huawei's network gear sales to telecoms carriers have come under pressure in recent years as the 4G market has matured and as the US drummed up its campaign against the company, which is accused of supplying equipment that could be used to aid Chinese intelligence activities.

Read Also
By spying on Huawei, US found evidence against the Chinese firm

The US has applied pressure on its allies in Europe, such as Germany and the UK, to exclude Huawei from upcoming 5G network roll-outs. Huawei, which has gone from a scrappy upstart in Shenzhen selling telephone switches to become the global front-runner for 5G mobile systems in three decades, is largely cut off from selling its equipment to the large US telecoms market.

Earlier this month, Huawei said it was expecting growth of at least 10 per cent for its carrier business this year, as mobile network operators prepare to launch commercial 5G mobile services in 2020.

Huawei has already secured 40 contracts to build and operate 5G mobile networks around the world, according to rotating chairman Ken Hu Houkun last week during the company's Global Analyst Summit at its headquarters in Shenzhen.

Those include 23 contracts in Europe, 10 in the Middle East, six in the Asia-Pacific and one in Africa.

Ren said the US pressure on Huawei "makes him the most excited" because the situation has prompted the company to be "united as one" to "make better products".

"This has eased the burden on me, personally, because our people are working harder than ever before," he said. "They're out there clamouring louder than I am, so I can relax a bit and have more time to speak highly of the US."

He also described Huawei as the "poorest tech company in the world" because it reinvests much of what it makes in research and development. 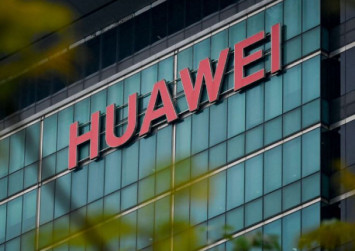 In July last year, the company announced an increase in its annual research and development spending to between US$15 billion and US$20 billion (S$20.4 billion and S$27.2 billion).

While he did not believe that Huawei's survival was at risk, Ren said the US will not benefit from restricting American technology companies from selling their products to Huawei.

"Huawei is the third largest buyer of chips in the world," he said. "Without us, the financial reports of many US companies will worsen, resulting in huge fluctuations in the stock market."

Still, Huawei has "other options" to buy components from, so it would not be affected by any potential US export ban, according to Ren.