Genting theme park plans 'all in place', slated to open in early 2019

GENTING'S theme park "remains very much part of our plans" and will be ready by early 2019, said Lim Kok Thay, its chairman and chief executive officer.

In fact, he was hoping that the theme park would open in January next year, but "this latest twist caught us by surprise".

His comments come on the back of a more-than-US$1 billion lawsuit by Genting Malaysia against Walt Disney and Twenty-First Century Fox, accusing them of backing out from a contract related to Genting's planned construction of its first Fox-branded theme park for the Resorts World Genting complex.

But the plans "are all in place", said Mr Lim.

In the grander scheme of things, the theme park is "only just a small part" of Genting's expansion plans for its integrated resort in the highlands, which Mr Lim expects will deliver revenue to the group and value to shareholders.

Read Also
Disney, Fox sued in US for $1.4 billion by Genting over Malaysia theme park 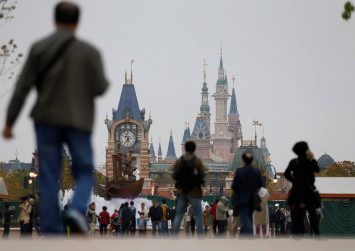 "The expansion plans up in Genting Highlands have been implemented in phases and visits have been growing - and in line with that, revenue and so on," he said.

"So, it is pretty much on track that values will be delivered to shareholders."

The casino operator also confirmed its ambitions in new markets, including working towards a potential bidding process for integrated resorts in Japan - a budding gaming industry that could grow to a size between industry leaders Macau and Las Vegas, according to Mr Lim.

He guessed that bidding would start earliest in the later half of 2019, or even in early 2020, but did not give much else away about the status of the potential integrated resort bid.

He said: "I only know as much as what you read in the papers."

It is largely reported that the bid would be spearheaded by Genting Singapore, though Mr Lim was quick to point out that "nothing is written in black and white that they would be the one".

"As a group, we feel that at least before too much is known, let Genting Singapore be the one that leads the way and if they were to need help or support ... other parts of the group could also contribute."

Genting could also take a second shot at entering Macau. Asked whether the group would bid for a gaming licence in Macau, he said it would not happen till 2020 "at the earliest, but sounds more likely to be 2022", pending updates from the Macau government.