George Zhang is bridging the gap between east and west

The marketing specialist and UTS Master of Marketing graduate is a channel marketing manager for Farfetch, a luxury fashion online retailer, in Shanghai. In this role, he manages the brand's regional marketing operations, supporting its expansion into the vast Chinese market. Hear more student and alumni successes at the UTS Virtual Open Week this 7-11 September. 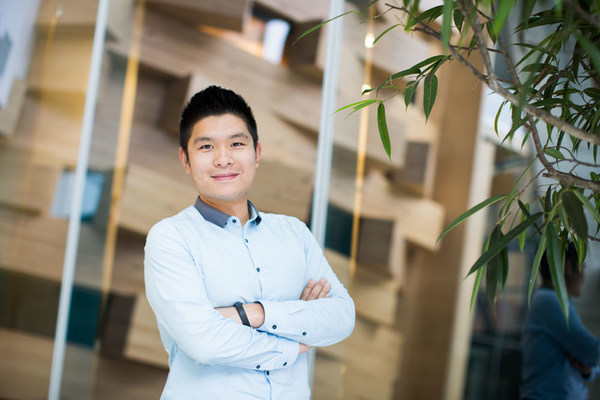 It's a job that calls on his high-quality degree, his impeccable English and his nuanced understanding of both Chinese and western consumer cultures – in short, the perfect role for a Chinese national who spent more than five years living and studying in Australia.

"What I'm trying to do is say, 'Okay, here is the Chinese market, here's the way you play it, and here is what they want," he says.

George enrolled in the UTS Master of Marketing after completing his undergraduate studies at SHU-UTS SILC Business School (SILC) in Shanghai. SILC is a joint venture between Shanghai University and UTS and is staffed by teachers from both institutions.

When one of his UTS tutors recommended further study at UTS, George decided to take the leap. It proved to be a life-changing decision: among other things, his postgraduate degree equipped him with high-level communication, presentation and negotiation skills, three capabilities he's called on in every job he's held since.

These same skills helped him land a full-time marketing job with Partnerize, a company dedicated to helping brands grow successful and strategic partnerships. While he was originally based in Sydney, in 2017 Partnerize asked him to help open their regional office in Shanghai.

"They wanted to fully develop their business in the greater China region, so they gave me the opportunity to head up their Chinese operations," George says.

"It was a really a once-in-a-lifetime opportunity, to be put in charge of a regional office."

Two years later, he moved on to his current role with Farfetch and Stadium Goods. But, while his roles have changed over the years, his Australian experience has been key to everything he does.

"An international degree or experience overseas is very important here in China," he says.

"If it's an international company recruiting, they're definitely going to filter all of the applications that have overseas experience – that's like step one."

His career in China might be in overdrive, but George does have one small regret: having to leave his life in Australia.

"I lived in Sydney for nearly six years. It was the best time of my life," he says.

On 11 September, join UTS at  PwC's Beijing office to discover your future with UTS. Hear from PwC, current UTS students, entry pathways to UTS with UTS College and network with your future peers and colleagues. This event is part of UTS's Virtual Open Week, 7 – 11 September. Discover more at uts.edu.au/virtual-open-week.