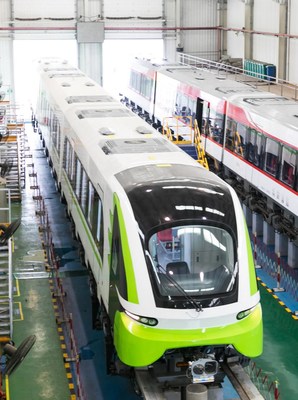 About 400 exhibitors and over 2,500 business people will gather in the 54,000 square meters exhibition hall, together with an estimated audience of more than 20,000. On display will be rail transit vehicles and their inferiors, engineering design and testing services, and equipment for constructing the railway, tunnel, and bridge, improving a smart city's public transport facilities, and enhancing precision processing and automation, among others. On the event's sidelines, a summit and a matchmaking session are set to be held for professionals, and the first-time-ever Directory of High-level Talent Demands in the Rail Transit and Equipment Manufacturing Industries issued.

During the expo, business attendees will be invited by the organizer to visit Zhuzhou, a city of Hunan and significant companies based in the province by mag-lev train and autonomous rail rapid transit. The event is expected to be joined by governmental officials and representatives of business associations and enterprises from nearly 20 countries, including Germany, France, the US, the UK, Romania, Switzerland, Japan, South Korea, India, Pakistan, Laos, Myanmar, Malaysia, Indonesia, Vietnam, Singapore, Nigeria and Ghana.

Since 2016, when its predecessor - the China (Hunan) International Rail Transit Industry Expo - was inaugurated, the InteRail Expo has now emerged as China's only state-level exhibition in the realms of rail transit and equipment manufacturing that targets global markets. This will enable Hunan to bring together more resources concerning these industries, so as to make the province well known to the rest of the world as China's power valley. The expo is held every other year and staggers the biennial International Trade Fair for Transport Technology, which takes place in Berlin, Germany.