Tjokrosaputro, president director of Hanson International (MYRX.JK), had in a lawsuit sued the US bank for 15 trillion rupiah (S$3 billion), accusing it of making "unlawful" trades in the shares and claiming ownership of 425 million shares. 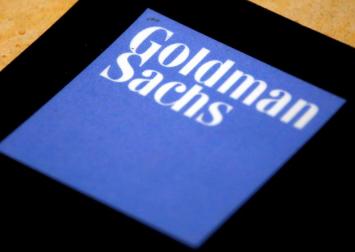 Goldman had said that Goldman Sachs International had bought the Hanson shares from New York hedge fund Platinum Partners in a series of "valid" transactions on the Indonesia Stock Exchange (IDX) between February 2015 and December 2015.

Tuesday's ruling said that Tjokrosaputro was the legal owner of as many as 425 million shares in Hanson International.

"We are surprised and disappointed at this decision and will be appealing it at the earliest opportunity," said Edward Naylor, a spokesman for Goldman Sachs based in Hong Kong.

Sinaga said his client had no relationship with the claimant and shares were acquired through the negotiated board of the IDX and the transactions were validly settled.The dispute comes at a time when Southeast Asia's largest economy is embarking on its biggest drive for foreign investment in a decade.

At stake in the Goldman case is the protection of the rights of foreigners, amid a general lack of transparency in Indonesian court proceedings, legal experts say.

"Well, I actually just wanted my shares back. I am not asking much," Tjokrosaputro told Reuters.

Tjokrosaputro had pledged Hanson shares to Platinum in return for funding on the basis he could get the shares back upon repayment, according to his lawyers and court documents.

Such a repurchase agreement, or a repo, effectively acts as a loan but the deal involves temporarily transferring legal ownership of the shares.

Goldman Sachs International bought the Hanson shares from Platinum as a hedge for the derivatives it had entered into with the fund, a bank spokesman has said.

In late 2014, New York-based Platinum fell into financial difficulties and had trouble paying back a large number of investors, according to US authorities.

Goldman started selling the Hanson shares last year, but was forced to stop after Tjokrosaputro filed a police complaint, which he followed up with the lawsuit.

Goldman says in its court filings that it "understands" Platinum originally acquired the Hanson shares from an entity named Newrick Holdings Ltd, rather than from Tjokrosaputro.

According to the "Panama Papers" online database as of 2015, which compiled millions of leaked documents from law firm Mossack Fonseca, Newrick is a company registered in the British Virgin Islands in which Tjokrosaputro was a shareholder.

A bank spokesman told Reuters that Goldman Sachs International was not aware of any dealings between Tjokrosaputro or his affiliated entities and Platinum Partners, nor any restrictions on the shares it purchased.

The tycoon's lawyer have said that Tjokrosaputro was the legal owner of the shares in the repo transaction with Platinum and, since he did not breach any contract with Platinum, only he had the right to sell them.