HONG KONG, March 18, 2021 /PRNewswire/ -- The Republic of North Macedonia is an astonishing country situated in Southeast Europe, rich in history, culture, and in abundance of natural attractions – it is a hidden gem of the Balkans. 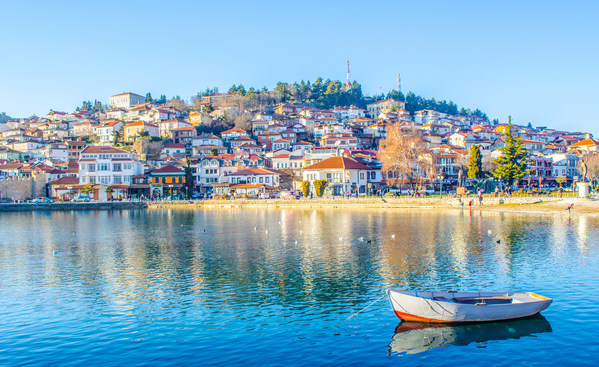 Now at the crossroads of modernization (ongoing European Union membership) and an immense potential for growth, North Macedonia is opening its doors to international talents and investors through a new and affordable Citizenship-by-Investment Program. Harvey Law Group (HLG), Asia's leading investment immigration law firm, is honored to be appointed as Master Compliance Agent for Asia for the North Macedonia Economic Citizenship Program.

North Macedonia is quickly becoming one of the favorite destinations in Europe. Bordered by Greece to the south, Bulgaria to the east, Albania to the west, and Kosovo and Serbia to the north, it is a nested tourist attraction filled with historical landmarks. It is home to the UNESCO-listed Lake Ohrid, Europe's best preserved ancient ruins, and a beautiful Bitola town of offbeat arts. A stroll through the capital city of Skopje reveals a melting-pot of cultures from Ancient Roman, Byzantium, the First Bulgarian Empire, and the Ottoman Turks. The varied architectural cityscape of churches, mosques, and modernist buildings reflect the country's history and serves as a remembrance of Skopje's rich past towards an ambitious future.

North Macedonia offers an utterly unique experience through friendly locals and welcoming hospitality, leaving an unforgettable memory of the country's fresh, tasty food and wine next to a picturesque landscape.

Business-wise, The Economist Magazine has named North Macedonia as one of the five nations that improved the most in 2019. The country was ranked Top Ten according to the World Bank 2019 index of Doing Business. It boasts an unrestricted access to EU, CEFTA, Turkey, Ukraine, some of the lowest corporate and income tax in EU, highly skilled labor, internationally regulated banks, and policies, and does not restrict foreign ownership of local properties and corporations. Considering the country is a member of NATO and that the EU Council decided to approve the start of EU Accession Negotiation since March 2020, North Macedonia appears as a land of promise and opportunities, moving full speed ahead to become one of the most attractive destinations for business and investment.

The next best thing is that as a North Macedonian citizen, you will have the flexibility to visit the country as little or as much as you want. What is more, you will have the option to actively invest in North Macedonia and take advantage of the potential for growth. One of the most beautiful countries in Europe is now accepting a limited number of investors (1,000) to join its new citizenship by investment program.

This new program aims to fuel the local economy and society through international investments into the country. The investment will entitle the investor and their families to apply for a lifetime North Macedonian citizenship and passport, which will then be passed onto future generations.

North Macedonian passport allows visa-free access to over 124 countries and regions, including countries of the Schengen Area, Hong Kong, Singapore, Brazil, Qatar, Turkey, and Japan. The passport is eligible for online visas to Australia, as well as a transit visa to China. The program does not require a minimum residency period nor any language or management experiences. North Macedonia is also an E-2 Treaty Country with the United States therefore allowing its nationals the opportunity to apply for an E-2 visa valid for up to 5 years and benefit from a privileged access to the U.S.

"HLG is truly honored to be entrusted with a major role in promoting this unique citizenship program throughout Asia. Our integrity and proven reliability in providing a seamless access to global mobility solutions have earned the trusts of prestigious parties such as the Government of North Macedonia, our clients, and our partners. We hope to successfully offer meaningful citizenship solutions and its benefits with the North Macedonia Economic Citizenship Program across our global network of offices," said Mr. Jean-François Harvey, Global Managing Partner and Founder of Harvey Law Group (HLG).

"We are grateful to be appointed as Master Compliance Agent for the Asian continent for the North Macedonia Economic Citizenship Program. We would like to thank the Government of North Macedonia, our teams, and private clients for the undeterred support throughout the decades. As a leader in the investment immigration industry, HLG will continue to serve on trust and integrity for North Macedonia," said Mr. Bastien Trelcat, Managing Partner of Harvey Law Group (HLG).

Established since 1992, HLG is the world's leading investment immigration law firm to become an authorized agent duly representing residency and citizenship-by-investment programs from all around the world.

Harvey Law Group (HLG) is a multinational law firm specializing in corporate law and investment immigration, with a worldwide reputation for representing high-profile clients and corporations. HLG was awarded the Immigration Law Firm of The Year at the Annual Macallan ALB Hong Kong Law Awards in 2014 and 2017. As Asia's pioneer within the Residency & Citizenship-by-Investment industry, HLG has notably been offering investment immigration services for over 29 years.