Igniting a new wave of love for Hangzhou, weaving a net of cultural sophistication and global modernity

"Celebrating the 5th anniversary of Hangzhou official social media pages, the gala assists Hangzhou in embarking on a journey of deepened globalization, manifesting the essence of the city's proud heritage with innovations and traditions," said Mr. Zhang Hongbin, Director of Hangzhou Tourism Commission, as an opening remark.

The night started with theatrical performances galvanizing a West Meets East cultural collision. The centerpiece cakes and the venue setting poetically encapsulated the scenic landmarks in Hangzhou, as if attendees were in the presence of two wonders of the world - West Lake and Grand Canal. Attendees explored the historical Hangzhou silk, tea and fan culture with hands-on experiences, walked away with complimentary silk-handkerchiefs, self-designed fans and the innovative Longjing Tea Mocktail. The VR exploration journey was also very well-received. 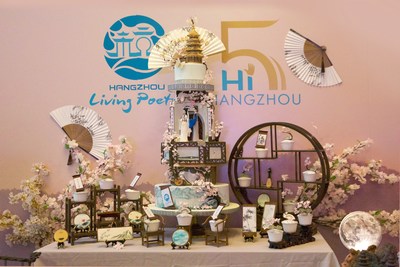 Global Mega Star Lang Lang played a series of western virtuoso masterpieces, bringing together three of his talented pupils Linda Liu, Chelsea Guo, and Avik Sarkar on stage. Intensifying the multicultural exposure effect was the performance of "Autumn Moon on a Calm Lake," a piece that was written by Lu Wencheng on a visit to the famous West Lake in Hangzhou, which inspired guests to experience the global city of Hangzhou. 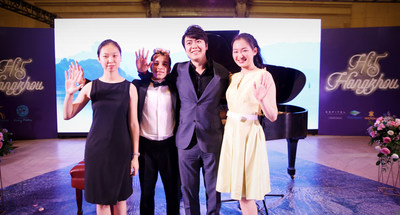 Shortly after the gala, a group of influencers, who are Hangzhou fans, will embark on a cultural exchange trip to Hangzhou. Stay tuned to Hangzhou Official Facebook page (facebook.com/Hangzhou.China) for their stories in Hangzhou.

Until then, start planning a trip to Hangzhou with the exclusive discounted travel packages offered by Travelport. It could offer tourists an intoxicating journey to the magical city.