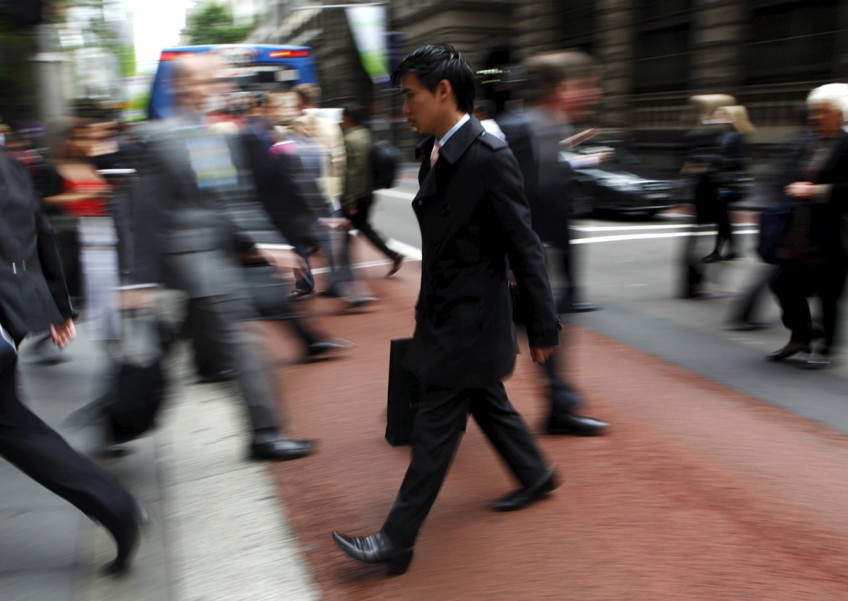 The flatlining of local job growth came as little surprise to industry experts who say it was long in the making and expect the year ahead to be marked by weaker hiring.

He said the situation is unlikely to improve this year. "All our recent surveys of companies showed that hiring expectations for 2016 are weak.

"Unemployment will creep up as demand continues to drop, if labour costs are not managed." OCBC economist Selena Ling warned that local job creation could remain subdued.

"We cannot fully discount the possibility of a quarter or two where it dips into negative territory," she said, adding that she expects more restrained, nominal wage growth as well.

Others, such as Randstad country director Jaya Dass, do not expect local employment to stagnate for long. She said the rise in median incomes indicates employer confidence in the market and underlines the importance of offering higher salaries to retain talent.

DBS economist Irvin Seah cautioned, however: "Rising wages are a double-edged sword. It means higher incomes for workers, but higher costs for businesses. And if businesses can't operate profitably, they may consider closing, and workers lose jobs."

Industry experts suggested that companies explore more flexible hiring strategies, while workers should be more proactive in taking advantage of training opportunities and government initiatives such as SkillsFuture Credit.

Kelly Services vice-president and country general manager Foo See Yang observed that more companies were hiring contractors and freelancers, even at managerial levels and beyond.

"By having an optimal mix of permanent and contract talent across the ranks, companies can stay flexible and nimble in an uncertain economic period," he advised.

SBF's Mr Ho called for more accommodating foreign labour policies in the near term, but observed that fewer firms were relying on such measures and choosing to re-examine their business models instead. "We should feed this transformation," he said.

The gloomy outlook has companies on edge, as employers opt to restructure their businesses instead of filling vacancies.

Mr Chan Chong Beng, chairman of interior furnishing firm Goodrich Global, said: "Last time whenever there were resignations, we used to look for replacements first. Now we look at how to change our processes and trim wastage."

Mr Chan, who also chairs the Workforce Advancement Federation, added: "Even if you could get Singaporeans to come in, they don't stay long. I hope this news about the market makes job-hoppers think twice."