Honestbee applies for court protection from creditors owed over $247m; lays off another 38 staff 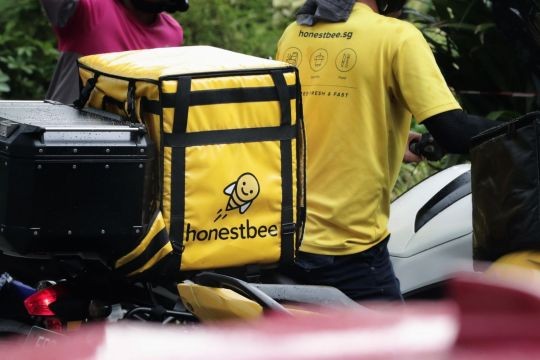 Honestbee is seeking a six-month moratorium against enforcement actions and legal proceedings.
The Straits Times file

SINGAPORE - Troubled retail start-up Honestbee has submitted an application to the High Court to commence a court-supervised restructuring process as it seeks six months of reprieve from creditors it owes over US$180 million (S$247.7 million) to.

The application was submitted with the intention of proposing a scheme of arrangement to restructure its liabilities and to seek a moratorium against enforcement actions and legal proceedings, Honestbee said in a statement on Friday (Aug 2).

The firm's actions were taken to "protect and preserve the value of its businesses while it restructures its operations across Asia", it added.

Honestbee confirmed an earlier Business Times (BT) report on Friday that it owes over US$180 million, and that its major creditors are its convertible noteholders, which include its key backer Formation Group and associates of Mr Brian Koo, who is Formation Group’s founding partner and Honestbee chairman.

It also confirmed it laid off 38 employees in Singapore this week, as reported by BT. The affected employees are those working in operations and engineering, Honestbee told The Straits Times.

It said: “As a result of our reduced operations globally, the company has made a decision to rightsize the company in order to cut costs and streamline its business. Thirty-eight employees will be affected in Singapore.

"Their departures are not reflective of their performance, but rather due to the restructuring of our business operations in Singapore. The move is necessary to ensure that the company has the right structure in place for long-term stability and success.”

In its statement, Honestbee said that the court-supervised restructuring will allow it to focus on re-evaluating the business without interference, streamline operations, increase its efficiencies and bring down the cost structure, and is essential for the firm's long-term stability and success.

"As part of the restructuring process, Honestbee will work closely with their advisers, creditors and stakeholders to achieve the best possible outcome for all interested parties," the firm said.

Earlier this week, the firm announced the appointment of its new chief executive officer Ong Lay Ann, effective as of July 15.

The Singaporean's priorities taking over the struggling start-up are to restructure Honestbee's capital structure and resolve its debt, the company said on Monday (July 29).

In an interview with BT published on Tuesday, Mr Ong said that Honestbee owes "a large debt" to the merchants it has worked with and to investors who subscribed to convertible notes that the company issued as part of fundraising.

A "consortium of white knights" and strategic partners who can help with expansion would be required to right the course of the firm, he added.

While Honestbee has not revealed how much it has raised, previous reports stated that Formation 8 led Honestbee's US$15 million fund-raising round in 2015. Honestbee's chairman Mr Koo, whose family controls South Korean tech giant LG, is a founding member of Formation 8.

A 2017 regulatory filing also noted that the start-up raised US$50 million via convertible notes issued to a Singapore-registered entity, "a Honestbee", whose largest shareholder is Yesco, a unit of South Korean conglomerate LS Group. The conglomerate is owned by Mr Koo's family. Convertible notes are a form of short-term debt that converts into shares in the issuing company.

Honestbee was co-founded in 2015 by partners Joel Sng, Jonathan Low and Isaac Tay, all of whom have departed.

The firm's court application follows its woes in recent months.

In April, the home-grown company said it was suspending some of its operations in Asia and cutting its global headcount by 10 per cent as part of its strategic review.

On May 15, the firm announced that it was ceasing its food delivery service in Singapore.