At S$1.1 billion, the reserve price for Horizon Towers translates to a land rate of S$1,786 per square foot per plot ratio after factoring in a 10 per cent bonus gross floor area plus a lease top-up premium estimated to be in the region of S$220 million.

The tender for Horizon Towers - the first major en bloc exercise to close after July's property cooling measures - ended on Wednesday without a single bid.

While strong interest was not expected given the tough measures introduced on July 6, the absence of any bids from developers added to the disquiet in the en bloc market, especially big estates eyeing billion-dollar tabs.

Horizon Towers' marketing agent JLL confirmed to The Business Times that no bid came in when the tender period ended on Sept 12, which was extended from the original Aug 7 closing date. Owners of the Leonie Hill Road site, which has a S$1.1 billion reserve price, now have 10 weeks to seal a deal by private treaty.

The 99-year leasehold project, which sits on a 1.9ha plot, launched its tender on July 5. That very night, the Government announced a fresh round of preemptive cooling measures for the housing market that took effect the following day. 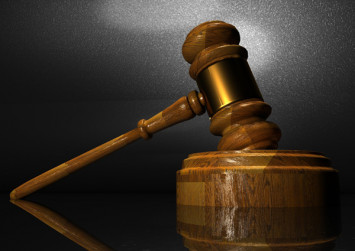 The unsuccessful sale of the 211-unit development - despite its prime location - puts other billion-dollar en bloc candidates on notice. Among them are Laguna Park in the east, which is launching its tender on Sept 18 at a reserve price of S$1.48 billion, and the 623-unit Pandan Valley in the Holland area, whose owners have just agreed on a record asking price of S$2.6 billion.

In a letter to owners seen by BT, JLL said that if no buyers are found after the expiry of the private treaty period on Nov 20, the collective sale committee (CSC), lawyers and itself would consider the possibility of another public tender early next year.

"We have up to March 2019 at the latest to secure a sale contract," JLL said in the letter, explaining that owners have until May 21 next year to conclude a sale contract and apply to Strata Titles Board (STB) for a sale order. Two to three months would be needed by lawyers to make an application to STB.

"While there are interested parties ... these parties have been holding back their land acquisitions and are continuing to observe and reassess the market as a result of the latest round of residential market cooling measures introduced two months ago," JLL said in the letter. 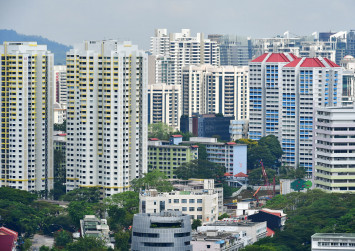 "While sales volume is and will continue to be affected in the short term, we expect the market to regain its dynamism in due course given the still strong fundamentals and the demand-supply situation," it added.

At S$1.1 billion, Horizon Towers' reserve price translates to a land rate of S$1,786 per square foot per plot ratio after factoring in a 10 per cent bonus gross floor area plus a lease top-up premium estimated to be in the region of S$220 million.

In 2009, a S$500 million collective sale of Horizon Towers fell apart following a dispute among the owners, and the Court of Appeal's finding that the sales process was improperly handled.