How to cope with being sidelined at work 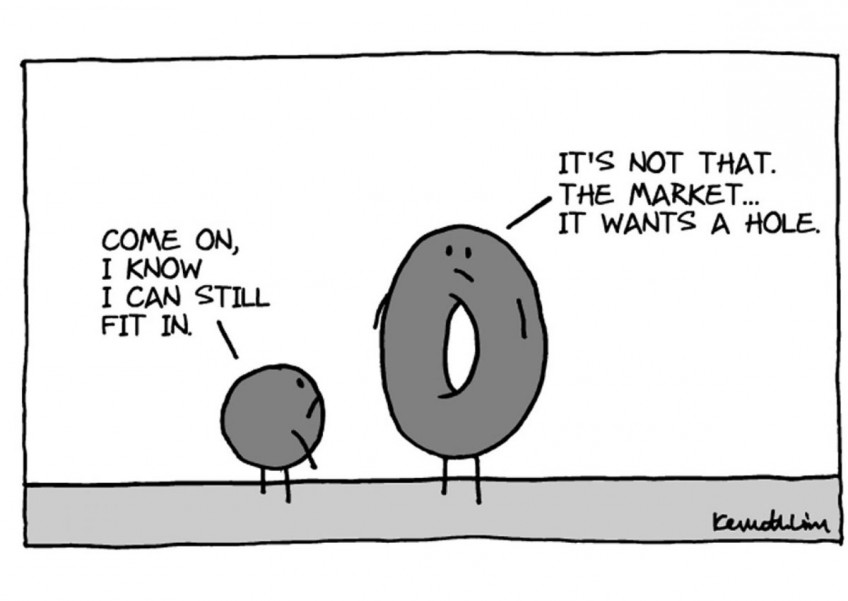 Getting sidelined at work is probably one of the most distressing feelings an employee can go through, short of getting fired or having a boss from hell.

Perhaps to borrow an analogy from sports, this means that instead of being one of the key players in crucial matches as in the past, you are increasingly being benched. The worst part is, neither the coach nor your teammates are telling you why.

Similarly, it's not just a one-off snub from your boss or colleagues just because they had a bad day; it's a change in behaviour in how you are regarded at work for an extended period.

For example, you stop getting sexy projects which end up going to other colleagues. You end up with more mundane assignments that are not valued. You don't get asked to attend important meetings or social events anymore. You are no longer being consulted on matters that relate to your role. Your desk gets moved to one at the periphery. Or perhaps, the most telling of all - you have been advised to transfer to another department known as the company's cold storage.

If you find yourself nodding along to the above warning signs, don't panic - yet. But it's high time to do something about it.

Prolonged sidelining can play with your emotions and imagination, making you question your sanity and self-esteem. The biggest priority is to find out if you are actually being sidelined, or if it's just a perception.

Jacqueline Gwee, director of aAdvantage Consulting Group, says that the first step the employee should do is to step back and objectively evaluate the situation, as opposed to making decisions purely from instinct.

She says: "Part of this process is to take a step back and do a self-assessment as well as get another point of view from his or her peers."

Karen Blal, regional director of the Chartered Institute of Personnel Development Asia (CIPD) says that there are two main factors that result in someone being sidelined - political reasons or a performance issue.

She explains: "When it is due to poor performance, the sidelining happens most often because your manager or the HR department does not have the courage to tackle the issue and instead prefers to ignore you."

This, she adds, is of course a sign of poor people management.

If it's political, some possible reasons are: you have embarrassed your boss or colleagues; you have shown or voiced a lack of support for an important project; you are seen as too pushy; you are not seen as a team player; somebody with influence is jealous of you and has undermined you; you have been 'rocking the boat' with the wrong questions, and at the most extreme end - you are being discriminated against, such as older workers and women who have returned from maternity leave.

Says Ms Blal: "It is important to note that sidelining is not always down to something you haven't done. It can be the result of personal prejudice or someone else's insecurity. For example, your manager might see you as competition because you are doing a good job."

To salvage or not

To leave or not to leave - that is the question. But if you still feel that you are able to add value and grow in the company, barring the unusual circumstances, then it's time to address the elephant in the room.

It takes a lot of guts to talk about it to your boss or whoever who has been sidelining you, to find out why, but both HR professionals that BT consulted say that this must be done for you to move forward, either with the company or elsewhere.

Ms Gwee suggests approaching the person directly and asking for feedback about your performance. Establish if there is any misalignment in expectation between the employee and supervisor, such as a gap in perceptions of work performance or job role. Going into the discussion, the affected employee must be prepared to be open to suggestions and even to make personal adjustments if necessary. Should the employer choose to say that there is no issue with work performance, Ms Gwee recommends that the employee can reiterate how he or she has been feeling of late and see if there is a possibility of working together on a way of structuring the work to help make the employee feel more involved.

From the conversation, you should be able to get a good sense of your place in the team or company. If your boss is dismissive of your concerns and is not willing to meet you halfway, a final means of recourse is to check with other senior management whom you trust for advice.

Ms Blal says that how people react to being sidelined has a lot to do with personality. "Some people will strive to prove they should not be sidelined, some people will try to undermine the person they think is sidelining them, some will look for support, some will leave."

She would know - after all, she has experienced it personally.

Many years ago, she was working on a project when the new boss wanted to bring in somebody to take over her role. But Ms Blal said that she was lucky to get the support of her colleagues, and so she stayed on thanks to their intervention.

Read also: Before I Was Boss: This millionaire was once a waitress and retail assistant

She says: "In a way, the attempt to sideline me was a blessing in disguise, as it forced me to work extra hard in order to prove my worth."

Getting sidelined at work is often a very lonely experience. Instead of being part of the action, you find yourself on the outside looking in. It can be hard to articulate what is happening to you, and it feels like nobody understands or cares.

In today's weak labour market situation where securing a good job is even more difficult than before, there are indeed toxic companies that are unscrupulous enough to use mind games to drive out people whom they no longer find useful, instead of trying to coach or retrain them. This is a topic that Cubicle Files will explore in the upcoming weeks.

For those who struggle with being sidelined, rest assured that there are many people in your shoes who have been through this same, unsettling path and come out of the situation more resilient.

Don't let such negativity lead you to a downward spiral - work to become so good that they can't ignore you. When that happens, I believe you either manage to change their minds, or you find a better fit elsewhere. Keep going.

This article was first published on Mar 25, 2017.
Get The Business Times for more stories.