‘documenta. Politics and Art’, opens on 18 June 2021 at the Deutsches Historisches Museum

BERLIN, GERMANY - Newsaktuell - 16 June 2021 - Documenta's rise to become Germany's most successful art exhibition was due not least to its political dimension, in particular the need to draw a line under National Socialism, followed by the formation of the Eastern and Western blocs in the Cold War. Although the exhibition claimed to distance itself from Nazi cultural policy, it failed to engage openly with the National Socialist past. At the same time, its politically motivated orientation towards the West led it to reject the socialist concept of art in the Eastern bloc. 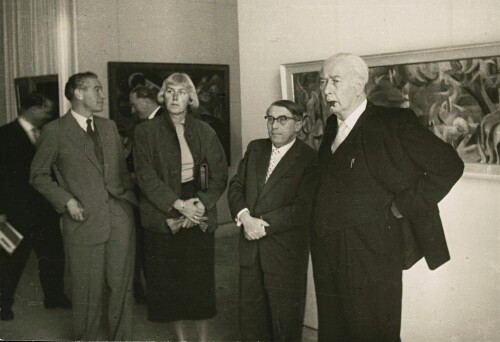 With 'documenta. Politics and Art' (18 June 2021–9 January 2022) , the Deutsches Historisches Museum (German Historical Museum) is presenting the first exhibition to focus on documenta as a means of investigating the many-layered interplay of politics and art in German society after 1945.

Prof. Dr. Raphael Gross, President of the Stiftung Deutsches Historisches Museum : 'Documenta has always been much more than a prestigious art exhibition. With it, modernism – after having been vilified until 1945 – rose to become the favoured style of the young Federal Republic. The early makers of documenta welcomed modern art as a means of breaking with the Nazi past. Yet there were also continuities. For example, the historian Carlo Gentile has revealed that Werner Haftmann, one of the key figures of the early documenta exhibitions, was involved in war crimes in the summer of 1944. It was no coincidence that works by murdered Jewish artists had no place in the image of modernism as Haftmann chose to stage it. With our exhibition, we are systematically retracing, for the first time, how politics was made with art at documenta. In pursuing this goal, I hope we will open up a new perspective on the history of the Federal Republic.'