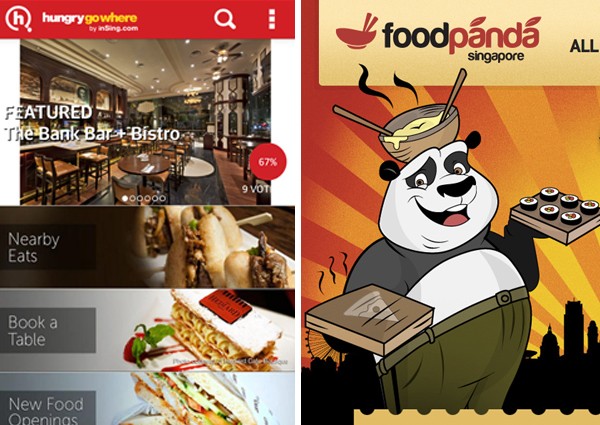 HungryGoWhere - which is celebrating its 10th anniversary this year - is best known as a restaurant review site but wants to evolve in response to shifting consumer demands, chief executive Frank Young told The Straits Times.

"HungryGoWhere is not just about discovering great food, it's also about helping people satisfy their cravings," said Mr Young, who took on his role last June.

Users can now use the platform to make reservations or place orders for food delivery from about 2,000 restaurants, hawker stalls and other food and beverage outlets.

They can also place takeaway orders before heading down to pick up their food without needing to wait.

The platform has Singapore's largest database of food and beverage options, Mr Young said, though he declined to divulge revenue numbers.

It is teaming up with food delivery service FoodPanda "because they have the whole logistics infrastructure in place and re-creating that would have been a monumental task", he added.

HungryGoWhere is owned by Singtel Digital Media and its site receives one million unique visitors per month on average.

"They are trying to find new ways to generate revenue with the same space and with fewer people."

The company, which also has a presence in Malaysia, has no plans to move into new markets but is open to exploring opportunities, he added.