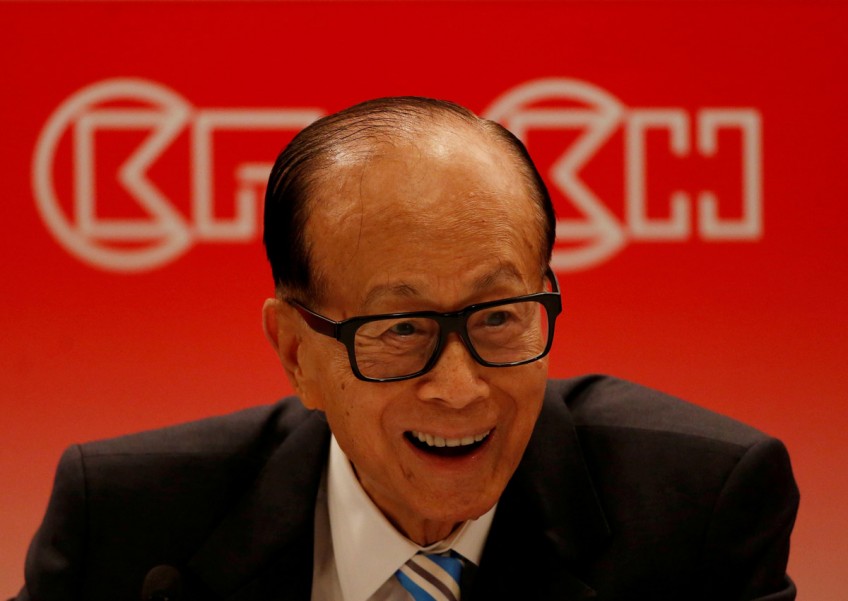 Yet the company, whose assets include mobile phone company 3 Group, stopped short of denying a report in the Wall Street Journal that said Li had told associates he planned to step down as chairman by next year.

The report, citing people briefed by Li, said he had not given a specific date and would likely remain a senior adviser even after stepping down.

"Mr Li has from time to time talked about his retirement and his confidence in (deputy chairman) Victor (Li Tzar-kuoi) to lead the company," a company spokesman said in an email.

"Mr Li is in very good health and will make his official announcement when he decides to retire." The spokesman said there was no timetable.

Li, Hong Kong's richest man, anointed his eldest son Victor, 52, as his successor five years ago. Victor, already on the board, is seen as a steady hand unlikely to change course.

"The retirement has been well expected. Within the company the division of work has long been in place and Victor Li has been running the company," said Alvin Cheung, associate director of Prudential Brokerage Ltd in Hong Kong.

"With the help of so many senior executives the transition will be smooth." Li's likely retirement is no surprise - the tycoon turns 90 next July - but it marks the end of an era for Hong Kong.

With a net worth of US$33.2 billion (S$46 billion), Li is symbolic of a generation of self-made Hong Kong businessmen who tapped into the former fishing village's rapid development in the 60s and helped turn a small city into a financial hub.

His rise, from plastic flowers, then to property and a global empire, has mirrored that of his city.

News of his potential retirement comes as Hong Kong marks the 20th anniversary of its handover from Britain to China.

In recent years, Li has been investing heavily overseas. Nearly half of CK Hutchison's revenue now comes from Europe, with Britain accounting for just over a fifth.

Li, who fled Japanese-occupied mainland China with his family in 1940, is one of several first generation Hong Kong tycoons, preparing to pass the baton.

From the 1970s, Li and billionaire peers including Lee Shau-kee of Henderson Land and Cheng Yu-tung of New World Development Co saw their businesses expand at breakneck pace.

But this oligopoly has come under pressure in recent years as growth slows and competition from companies from mainland China heats up. Political pressure to equal the playing field has also increased.

Li, who remains very prominent in the running of his companies, appeared jovial and healthy when he met reporters in March. At the time he raised the prospect of retirement and said he could step back into the role of senior adviser.

"I will be turning 90 next year. It would be silly if I had not made arrangements," Li said in March.

CK Hutchison shares slipped 0.2 per cent in late afternoon trade, versus a 0.3 per cent drop in the benchmark index.