Hyflux chief executive Olivia Lum said she and the board are "deeply aware of, and empathise with" stakeholders' unhappiness, adding that they have spent much time and effort in recent months to negotiate and secure a deal to save the company.

SINGAPORE - Hyflux chief executive Olivia Lum has volunteered to contribute her entire stake of 267 million Hyflux shares and securities as part of a proposed restructuring plan for the troubled water treatment company.

Their announcement comes about a week after the Securities Investors Association (Singapore), or Sias, raised a slew of questions regarding Hyflux - from its chief executive's "large remuneration", even as the firm racked up debt and losses, to the "faults and defects" in its assets.

Among the issues it had flagged was whether Ms Lum will have a role in Hyflux after its restructuring and why she was not contributing her gains from the company to this process.

In a letter on behalf of the company's shareholders, Sias said that Ms Lum received over $60 million in dividends "in the time that shareholders and bond holders have seen their entire investment destroyed", and that in 2017, when Hyflux reported losses of $115.6 million, Ms Lum received between $750,000 and $1 million in salary, benefits and bonuses. 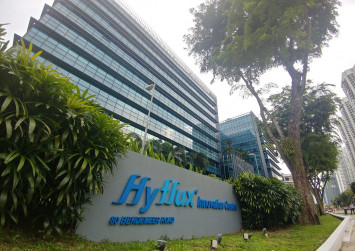 In a statement on Saturday, Ms Lum said she and the board are "deeply aware of, and empathise with" stakeholders' unhappiness, adding that they have spent much time and effort in recent months to negotiate and secure a deal to save the company.

"I have volunteered to give up receiving any management shares in the company," she said. "If this restructuring plan is approved, all of the interests of mine and the other board members in Hyflux will be given solely to this group."

"In this way, it is my hope that they may reap the future benefits which the Salim-Medco consortium deal can offer them," added Ms Lum.

Just a day before, she said she was "deeply saddened for the pain and loss" suffered by those who invested in or lent money to the now-insolvent company, and noted that she too will suffer a significant loss, with her personal net worth tied to her stake in Hyflux.

The company board had also responded to Sias' earlier queries, saying among other things, that Ms Lum did not receive any cash dividend for the 2017 financial year. It did not mention that in February 2018, she received a dividend in specie, amounting to a 23.8 per cent stake in Hyflux's smaller consumer water business, Hyfluxshop. 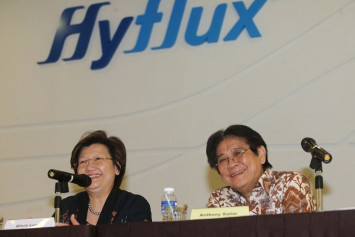 On why the Hyflux board continued paying annual dividends up to 2017, when the firm's operating cash flow has been negative since 2009, the board said paying dividends out of non-cash profits is not against the law. It added: "Prior to 2017, Hyflux had been recording net profits, thus resulting in significant retained earnings, allowing it to declare dividends on an annual basis. These dividends were reflective of the year's profit achieved."

On Saturday, Hyflux said in a company announcement on the Singapore Exchange that it and three of its subsidiaries - Hydrochem, Hyflux Engineering and Hyflux Membrane Manufacturing - have filed applications to the High Court, to ask to convene a meeting. This will involve parties to whom they have financial obligations, so as to vote on a compromise or arrangement.

The hearing of the applications will be on Feb 21.