business
#before i was boss

Before I Was Boss: This millionaire was once a waitress and retail assistant 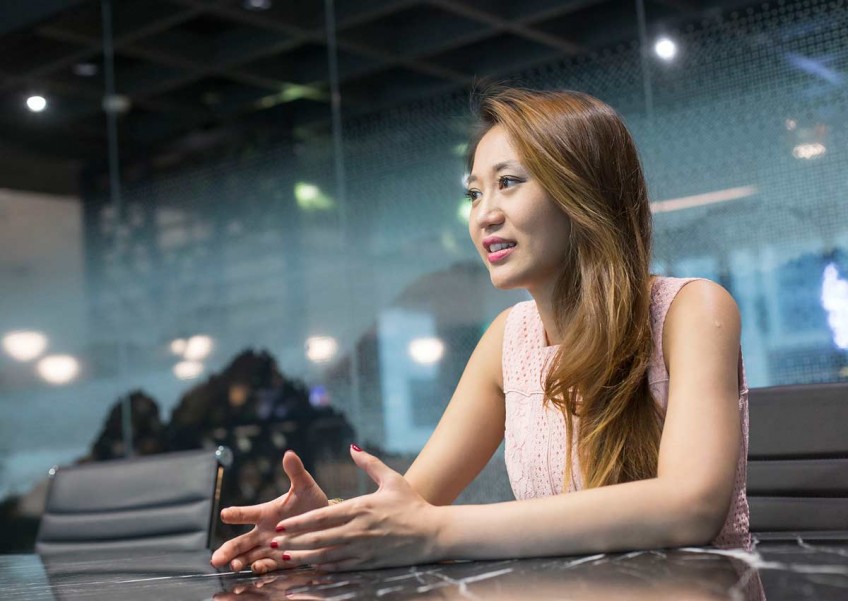 She may be a pro when it comes to managing money but financial expert Anna Haotanto cites managing people as the "hardest thing I've ever done".

Haotanto who made her first $1 million by the age of 29 through savings and investments, now runs her own company and website, The New Savvy, which aims to empower women with financial know-how.

In a recent interview with AsiaOne at her office in fintech hub Lattice80 on Robinson Road, she said: "Managing a team is difficult because you need to communicate your vision as well as manage other people's feelings and workflow too."

"Managing money is different. It has no emotions," added the 32-year-old with a smile.

She is one to know, having grown up in a family thrown into financial turmoil when she was a teenager.

"We (she and her younger brother) were not cognizant of it because we were young. It was only when I was junior college or university that I realised the extent of it, " she said.

Her parents, who ran a textile business, suffered from a financial crisis at the time and ended up chalking up credit card debts of up to $20,000 to make ends meet.

To make matters worse, her family was locked into paying monthly fees for their rented Housing Board flat in the eastern part of Singapore.

That's when she decided to do something for herself and to help her family.

While enrolled at the Singapore Management University (SMU), she developed a keen interest in finance, which she calls her "first love", and even begged professors to allow her to sit in on lectures for academic modules she was not enrolled in.

All she wanted was to soak up as much knowledge as possible in order to change her life and her family's predicament.

While at SMU, she undertook three internships including one which took her to Shanghai.

She said: "I wanted to know how to make money faster and how to make your money work for you. It was very important that I cleared my family's debt and took care of them."

In her free time, she took on various part-time jobs working as a retail assistant at a Guess fashion outlet in Ngee Ann City and as a waitress at Balaclava bar.

"I valued every job I have because I never knew how long it was going to last for. I realised that life was not handed to me on a silver platter," she said.

When she graduated in 2008, she started work at research firm Business Monitor and helped to pay off her parents' debts.

For the next decade or so, Haotanto built a solid portfolio for herself in the financial sector including wealth management, private equity as well as corporate and investment banking.

She was able to buy her family an HDB flat in Paya Lebar where she now lives as well as a car for herself.

She said: "The HDB was the first financial goal. I am Asian and I don't believe in paying rent. It's a sunk cost."

In 2015, she decided to take that leap and started her own business.

A year later, she was nominated for the Fortune Most Powerful Women list, which recognises women who are making their mark in various industries.

These days, she is notorious for pulling long hours in the office, starting her days at about 9am and heading home only at midnight.

"They (my co-workers) always say that if you need anything in the space (office area), just call Anna. She's always there," she quipped.

She said: "It's fun when you're doing your own thing but it's also tough. There is no limit to what you create and achieve. It's up to you."

"Most days are rough and when people ask, I tell them that I'm failing every day. You just learn to get better."

The Future is Female is a women-focused financial conference held in partnership with the Singapore Exchange to be held on April 8 at SGX Auditorium on Shenton Way. Individual tickets are available via Peatix at $250 while Buddy Deal (2 tickets) are priced at $375. The New Savvy is offering readers a 12 per cent discount (valid till April 7) by keying in this promo code: TNSAsiaOne

One lucky female reader stands to win a free ticket to the event by simply answering the following question:

Question: Anna Haotanto had two part-time jobs while she was in university. What were they?

Send your answers in an e-mail titled "The Future is Female contest"  to a1admin@sph.com.sg along with your full name, NRIC, e-mail address and mobile number. Deadline for submission is March 31, 2017.

March 21 update: Due to an overwhelming number of contest entries, The New Savvy is now offering 5 free tickets to the event.