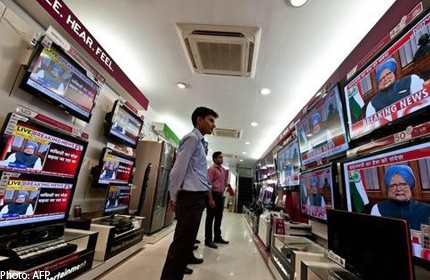 NEW DELHI - India will ban the duty-free import of flat-screen televisions from August 26, the government said in a statement on Monday, adding to a package of measures designed to prop up the rupee by stemming the flow of foreign currency out of the country.

Government officials estimated that more than 1 million television sets were brought into the country last year - many from Dubai, Thailand and Singapore - under a scheme that allowed airline passengers to bring in screens worth up to 35,000 rupees (S$703) as part of their baggage allowance.

Under the new rules, passengers will have to pay a 35 per cent duty and other charges, the officials said.