Intelligent marketing, an efficient way to "keep a clear idea" of the offline business

BEIJING, Jan. 2, 2018 /PRNewswire/ -- During the recent Koubei Dec. 12 Carnival, people across the nation have enjoyed a great time going shopping, eating and drinking. Many shopping malls and offline stores have created their transaction records of the year. Koubei has even created a brand-new data record. According to official news release, stores from over 300 cities across the nation have participated in the carnival. On the single day of Dec. 12th,  Koubei has successfully helped its clients to distribute more than 140 million coupons, and by means of this created more than 65 million transactions. In the meantime, due to the favor of the Dec. 12 carnival, the download volume of Koubei App has experienced a skyrocketing rise, ranking No. 1 on the day of Dec. 12.

Behind the beautiful data of Koubei is the support from the ecological strategy that it has established. Since Koubei was launched in Beijing in the year 2016 and began its industry solution program implementation strategy across the country, Yuzong has been undertaking the implementation of the strategy during its dozens of solution program release conferences throughout the year. Yuzong is a company specializing in internet CRM tool development and marketing service implementation. Yuzong is the strategic core partner of Koubei. In the meantime, Koubei has also invested in Yuzong during its round A funding.

The year 2017 has witnessed the great popularity of artificial intelligence, and the quick spreading of the new consuming habits. The intelligent marketing solution program of Yunzong has upgraded in the meantime, completing upgrading of internet CRM 2.0 in the first place, thus taking the lead in the internet CRM domain again. The upgrading has proved its value during the Dec. 12 carnival: During the Dec. 12 carnival of 2017, over 90,000 stores of Yunzong participated in the offline carnival activities. On the single day of Dec. 12, Yunzong has helped the stores to create a total revenue of 280 million RMB through ZongHengKe. Because of this, on the 15th  China Internet Economic Forum held on 18th, Dec., Yunzong was awarded "The Best Investment Value Prize". The prize does not only reflect the success of Yunzong, but also reflect the preference of the capital market on the emerging service type enterprises. 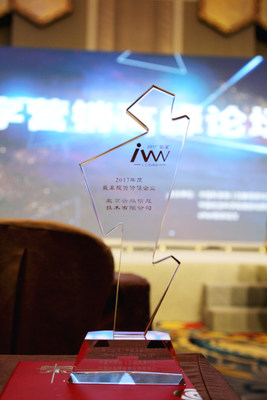 Fig.：Yunzong was awarded the “The Best Investment Value Prize” in the 15th, China Internet Economic Forum

What has the stores gained from the Dec. 12 living service carnival?

The essence of commerce is always to make profit. No matter which means of marketing, the goals of the offline stores remain the same, i.e., stick to the key aspects such as accumulating new consumer members, increasing re-consuming rate, increasing the amount of transaction, reducing operation cost and improving efficiency to ensure better profit. The success of the 2017 Dec. 12 does not only derive from the strong discounts of 50%, or the ever improving consuming ability. At the same time, it also reflects the primary effects of the permeation and transformation of the internet marketing tools on the offline businesses. The living service stores has started to improve the efficiency and drive the consuming potential of the consumers by adopting such internet tools and technologies such as data analysis, precise marketing, etc.

Take Banmuyuan Fast Food Franchaise as an example, it realized a revenue increase of 63,000RMB on the day of Dec. 12, which is 3 times that of an ordinary day. There was a new consumer member increase of 12000, which is 12 times that of an ordinary day. A total of 38,000 coupons were distributed during the Dec. 12 carnival, resulting in a consuming rate as high as 26%, which is much higher than the average of the industry. In the meantime, the single transaction amount has also increased by 72%. All these legendary marketing effects were all due to the application of the Yunzong ZongHengKe CRM 2.0. 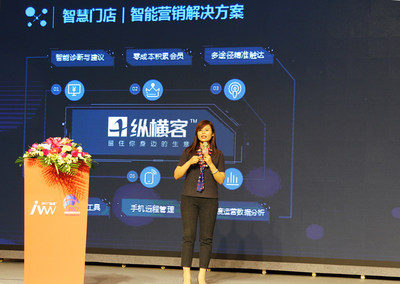 The commercial logics behind the intelligent marketing

Offline marketing upgrading of intelligent marketing is no longer a new concept. And the commercial logics behind CRM 2.0 is also very easy to understand.

An accurate customer portrait system is undoubtedly the basis and precondition of CRM 2.0 consumer member marketing management. Take ZongHengKe as an example. ZongHengKe makes use of the data interfaces of Zhifubao and Koubei, and collects the customer consuming data and basic information through multi-dimensions. Based on this, it conducts precise analysis and guidance on the consumer flow, creating a set of most standardized, effective and complete consuming information and record, creating a more precise "portrait" of the consumer based on the consuming data, making it clear to the stores who are their customers, as well as their habits and characteristics such as their preferences, consuming abilities, consuming frequencies, etc. Furthermore, it could help the stores design marketing activities which matches the characteristics of the customers, increasing the re-consuming rate and thus realizing real intelligent marketing. However, this seaming complicated calculation process would all be completed by the ZongHengKe system and the customer is only required the most basic operation and output.

Despite of all these, the application of internet tools in offline areas which has relatively low degree digitization and information does not only need the tools themselves, but also need the guidance and training of the internet enterprises to assist its realization. After all, the tools are valueless by themselves, and would only become the essential need of the customers when they are implemented.

For a local living service store, the value of internet marketing tools does not only lie in the skyrocketing rise in consumer flow after a single distribution of coupons, but also lie in the intelligent marking rules underlying such rise, which could enable them to consistently manage and operate the customers, and maintain revenue continuously.

The Dec. 12 Offline Carnival is not only a festival of the consumers, but also a festival of all the offline stores nationwide. It is a combination of offline commerce and the internet. It is an exploration attempt of upgrading and transformation. BAT is always influencing and defining the market and future. Yunzong, which is positioned as a local living service intelligent marketing operator, is a professional company which has emerged early during this offline commercial reformation. Yunzong is committed to "make offline business easier", which is actually the common goal of the whole new retail platform and providers. The new consuming scenario does not need tools, but the implementation and application of artificial intelligence. The offline stores does not need stories, but to keep a clear idea of the offline business and to attract consumers in the store.