For investments into India, focus on five states: Pillai 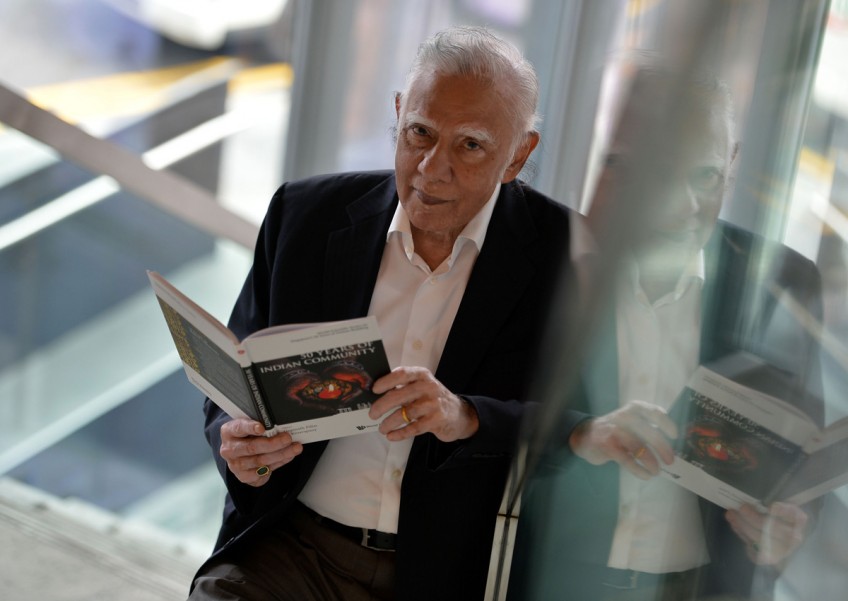 Opportunities abound in India, "but it's such a vast country", said Mr Pillai, also chairman of the Institute of South Asian Studies, in an interview with The Business Times. "What we need to do is to select four or five states and concentrate on them."
The Straits Times

The comments by Gopinath Pillai, ambassador-at-large with the Ministry of Foreign Affairs who has done business in India, come as a think tank found these states to be among the most competitive in India.

Opportunities abound in India, "but it's such a vast country", said Mr Pillai, also chairman of the Institute of South Asian Studies, in an interview with The Business Times.

"What we need to do is to select four or five states and concentrate on them."

While Singapore has so far focused its attention on Andhra Pradesh and Rajasthan, it could also look at Gujarat, Maharashtra and Tamil Nadu, he added.

Singapore's Surbana Jurong was the master planner for Amaravati, the new capital city of Andhra Pradesh and one of 100 smart cities that India's Prime Minister Narendra Modi wants to build.

Singapore has also set up a centre of excellence for tourism training in Udaipur, Rajasthan, and a skills centre in Delhi.

Mr Pillai, who was appointed Singapore's special envoy to Andhra Pradesh in February 2015, said he is exploring opportunities for Singapore companies to invest in infrastructure, construction and a logistics hub in the state, though discussions are still in the preliminary stages.

Singapore being involved in the masterplanning of Andhra Pradesh's capital city has given it greater exposure in the state, he said.

"The Indians consider Singapore to be a good brand to be associated with, probably next to Japan."

The five states named by Mr Pillai rank among the top 10 states that are the most competitive in India, according to the latest edition of an annual study by the Asia Competitiveness Institute, part of the Lee Kuan Yew School of Public Policy.

In this year's edition of the report that was first started in 2011, Maharashtra retains the top spot, while Tamil Nadu and Gujarat also remain in the third and fourth spot, respectively.

Rajasthan is a new entrant into the top 10, jumping three places from number 12 in 2016 to ninth this year, while Andhra Pradesh slides from seventh spot last year to tenth after the carve-out of a new state, Telangana.

In general, the western, southern and northern regions of India have progressed in their competitiveness, while the eastern and north-eastern regions have declined, said Associate Professor Tan Khee Giap, a co-director of the Asia Competitiveness Institute.

Dr Tan presented these findings ahead of the report's release in September at the public forum for the 10th India-Singapore Strategic Dialogue that took place in New Delhi last week.

The Modi government has made efforts to cut costs of doing business and create a more friendly environment for investment.

It has also encouraged states to compete with one another for foreign direct investment (FDI), in a drive known as competitive federalism.

Singapore was India's largest foreign direct investor from April 2015 to March 2016 with a total investment of US$13.7 billion (S$19.2 billion), thanks to a favourable tax treaty with India which saw significant investment flows from international firms making their way to India through the city-state.

But amendments have been made allowing India to start imposing capital gains tax on investments from Singapore from April this year, and fully withdraw tax exemptions from April 2019.

The changes had been expected after India also revised its tax treaty with Mauritius, another top investor into India, in line with the government drive against black money.

Dr Tan noted that the manufacturing FDI into India for the last financial year was already lower than the few years before that.

"One can expect FDI inflow from Singapore to India will trend downward going forward due to the recent amendment of the tax treaty," he said, adding that the positive tax revenues from economic spillover effect of FDI must not be under-estimated.

This article was first published on March 31, 2017.
Get The Business Times for more stories.