An Invitation to the World by Qingdao Conson Hai Tian Center 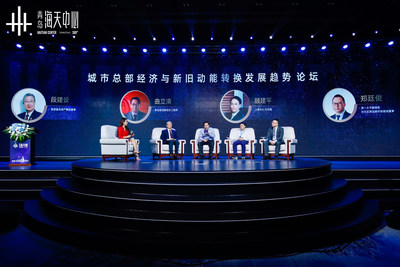 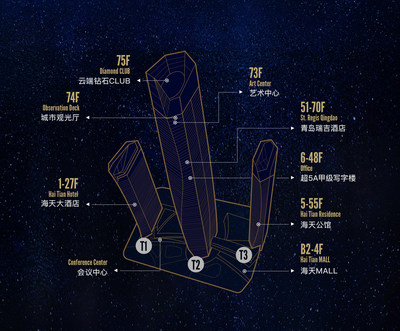 As one of the first batch of major sub-projects in Shandong's Project of Transition to New from Old Economic Engines and Qingdao's key projects, Qingdao Conson Hai Tian Center is invested by Qingdao Conson Development (Group) Co., Ltd. It is a world-class landmark complex that meets international standards.

At present, under the guidance of national projects such as the China-Shanghai Cooperation (SCO) Demonstration Zone and the Qingdao area of Shandong Free Trade Zone, Qingdao urgently needs to lay a solid foundation for the Project of Transition to New from Old Economic Engines. Qingdao Conson Hai Tian Center will play the role of the economic, financial and cultural center of Qingdao.

Wang Jianhui, Secretary of Party Committee and Chairman of Qingdao Conson Development (Group) Co., Ltd., sent out an invitation to the world to visit the Center. It is expected that this event will help the public to understand and support Hai Tian Center, and give some suggestions and proposals for making it "the reception hall of Qingdao".

As a very important part of the conference, four forums were also held as scheduled, with the themes of "Urban Headquarters Economy & New Trend of Transition to New from Old Economic Engines", "Economy of Buildings", "Allocation of Urban High-end Residential Assets", and "Urban Art Space & Development of Tourism and Culture". AA Architectural Design Offices, BOMA International, Savills and other partners and co-creators of Hai Tian Center gathered in Qingdao.

In the forum on the Development and Trends of Urban Super-High-Rise Building Economy, Hai Tian Center's 5A-grade office building has attracted great attention. The office building adopts green building technology in planning and design, providing a comfortable office environment while taking health and environmental protection into account. It is Qingdao's first 5A grade office building which meets the international low-carbon standard, and has obtained LEED grade-A certification.

In the forums on the allocation of urban high-end residential assets and urban art space & development of tourism and culture, the values of Hai Tian House, City Sightseeing Hall, etc. were analyzed in depth.

Wang Jianhui said that the future Hai Tian Center will become the "reception hall of Qingdao" for its high-level open development, displaying the image of an open, modern, dynamic and fashionable international metropoli.