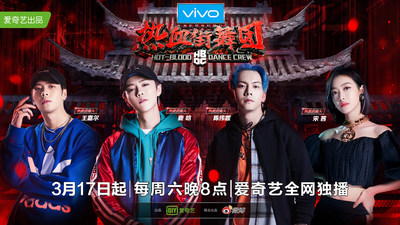 Described by U2K as "akin to 'Lip Sync Battle and 'The Voice', but based around dancing instead of singing, with a strong AI component", "Hot-Blood Dance Crew" has been a massive hit in China, popularizing the phenomenon of street dance among Chinese youth. As the first original Chinese online variety show simultaneously broadcast on both domestic and overseas platforms, "Hot-Blood Dance Crew" was broadcast abroad via Rakuten VIKI in North America, as well as being distributed through multiple Asian channels including Malaysia's Astro, Starhub TV in Singapore and myTV SUPER in Hong Kong.

iQIYI has made sure to maximize the commercial potential of "Hot-Blood Dance Crew", with the show attracting 11 major brand sponsors and net advertising revenue of 650 million RMB, setting new industry records for total sponsorship received, total number of sponsors and fastest selling advertisement spots on an online variety show in China.