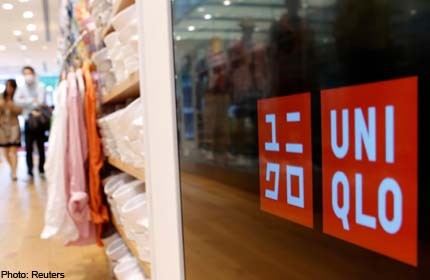 TOKYO - The owner of Japanese clothing chain Uniqlo announced on Thursday that it has signed up to a safety pact covering Bangladesh's disaster-hit garment factories, following criticism of its delay in doing so.

Fast Retailing said in a statement that it has signed the Accord on Fire and Building Safety in Bangladesh.

Last month, 70 top retailers promised to open their Bangladesh factories to safety inspections within nine months as part of the accord.

The mainly European brands will underwrite repairs and renovations if inspections reveal their factories to be unsafe, according to the legally binding agreement.

It was signed with unions after the collapse of a textile factory complex in April killed 1,129 people in one of the world's worst industrial disasters.

International workers' associations such as Swiss-based UNI and IndustriALL Global Union have pressured Western retailers to sign up to the legally binding accord.

But some major US retailers have refused to do so.

IndustriALL's Bangladesh affiliate, the National Garment Worker Federation, in May criticised Uniqlo's delay in making a decision on whether to sign, saying it was an "irresponsible move from a very responsible company".

Fast Retailing, which has 1,200 stores worldwide, said in June it would open stores in Bangladesh in a joint venture to tap into the nation's growing middle class.

It has teamed up with Grameen Healthcare, run by Bangladesh's Nobel Peace laureate Muhammad Yunus, to initially open two stores in Dhaka.

Uniqlo announced in 2010 that it was teaming up with Yunus, who pioneered micro-loans, to set up Grameen Uniqlo as a social business to produce clothes in Bangladesh for the nation's poor.

The clothes are currently sold by women door-to-door or from their homes to help them gain financial independence.