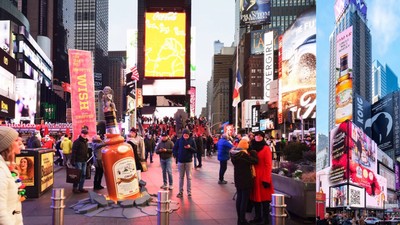 Distinct from the whiskies of Scotland, the maturation time of OMAR Whisky from Nantou Distillery is accelerated due to the warm tropical climate. Such climate also brings a yearly appropriate Angel's Share creating the richer and more multi-layered liquor of OMAR whisky. Therefore, the taste of an average 4-year OMAR Whisky is comparable to that of a 12-year Scotch whisky. Since its launch into the market, OMAR Whisky has been continuously awarded by the Malt Maniacs Award (MMA), International Spirits Challenge (ISC), San Francisco World Spirits Competition (SFWSC), World Whiskies Award (WWA), and other competitions. Once again this year OMAR Whisky has been honored with multiple awards in SFWSC, further enhancing the reputation that Taiwanese-style mellowness of OMAR Whisky has being recognized by whisky connoisseurs around the world.

OMAR Whisky has aggressively stepped into the global markets in recent times. The core products of Single Malt (Bourbon Barrel and Sherry Barrel) were launched in the United States in the summer of 2018, challenging its spirits market which has always been known for the bourbon whisky. OMAR Whisky constantly surprises consumers around the world with creative advertising campaigns. After stationing a large visual advertisement in the famous TOKYO SKYTREE TOWN, OMAR Whisky posted 9 large window posters in 23 Wall Street with the concept of "A Glimpse of Magnificence", showing 9 characteristics of Nantou Distillery's brewing craftsmanship, the terroir, the fruity cask finishing, etc., which all highlight the Taiwanese style of OMAR Whisky. Additionally, developed from the concept of "A Whisky Angel Can't Resist", a giant replica bottle built by Taiwanese artists had a touring exhibition in 23 Wall Street Building (or "The Corner") , Grand Central Terminal, the David H. Koch Plaza in front of t he Metropolitan Museum of Art, and Times Square . OMAR Whisky, a product full of Taiwanese characteristics will draw attention from around the world and be at the forefront of a whole new trend of world whiskies!