KFC's the king of fast food in China 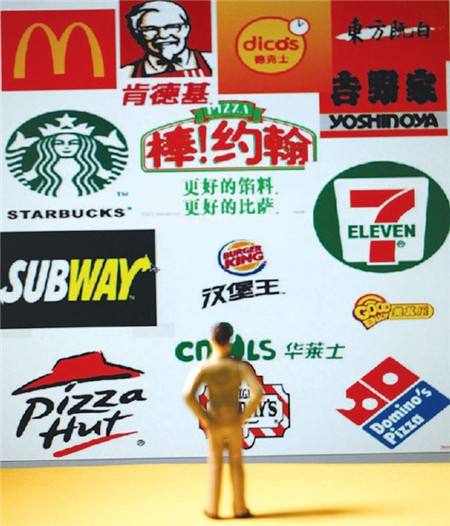 It may have been 30 years since its first store in Beijing, but KFC is still the reigning champion of the domestic market.

KFC China has been busy in recent months.

As part of plans to refine itself for a younger audience in China, the fast food chain has introduced its black burgers to the Chinese market, renovated many of their stores to showcase a contemporary industrial chic look, and opened an experimental outlet called KPRO.

Unlike KFC's typical offerings like fried chicken and Zinger burgers, KPRO offers a selection of green food including quinoa salads, salmon sandwiches and fresh fruit juices. The restaurant is located in the basement of a sleek shopping mall in Hangzhou, Zhejiang province, where China's e-commerce giant Alibaba is headquartered. Alibaba recently became one of the Chinese investors in KFC China.

"We have been here so long that sometimes Chinese consumers may outgrow us a little bit. We need to adjust and keep up," said Joey Wat, president and chief operating officer of Yum China, the parent company of KFC that recently split from its global business Yum Brands to become a separate publicly traded company.

"With a customer portfolio ranging from 3 to 80 years old, I think every player in the restaurant industry here is our competitor," added Wat.

KFC made its foray into the Chinese mainland on Nov 12, 1987, by opening a three-story restaurant near Qianmen, the entrance to the capital city's Imperial Palace. Occupying a total space of 1,100 square meters, that KFC outlet was the largest in the world.

But the space was still not big enough to accommodate the thousands of curious Chinese who were eager to have their first bite of not just fast, but Western food as well.

"For a very long time, KFC and McDonald's were synonymous with Western food and even what we call fine dining, from the price and brand perspective," said Guo Geping, director of the China Chain Store and Franchise Association.

On its first day of operations, the store sold 2,200 buckets of fried chicken and raked in a whopping 83,000 yuan ($22,300 then). This figure kept growing and peaked at 150,000 yuan during the first year. Today, the average daily turnover of a KFC outlet in China is around 50,000 yuan. The craze endured for several months, with the queue of customers outside the store stretching nearly 100 meters long to Tian'anmen Square.

Back then, a KFC meal was considered a luxury to most Chinese. With the average monthly wage in China then being 100 yuan, most people only ate the restaurant's about 6-yuan hamburgers and 2.5-yuan fried chicken meals during special occasions.

For many of those who grew up in 1990s China, having a meal at KFC was considered the highlight of the month. Many parents used the fast food chain as an incentive to get their kids to behave well and score good grades in school.

The instant and phenomenal success of KFC convinced its biggest rival, McDonald's, to embrace the market three years later. The latter first opened in Shenzhen where KFC had yet to establish a presence. Chinese copycat restaurants soon mushroomed across the country, creating a vibrant fast food landscape that thrived for as long as a decade.

Ronghua Chicken, founded by Shanghai's State-owned food and restaurant group Xinya in 1991, is one of the first copycats. The group claimed its chickens were infused with Chinese herbs before being deep fried, and paired the meat with Chinese fried rice and appetizers like spicy and sour cabbages.

The company quickly gained nationwide popularity, primarily because it was slightly cheaper than KFC and because locals were eager to support a local brand. Ronghua Chicken's daily turnover peaked at 119,000 yuan during the first two years, but it had by 2000 disappeared from the market. Industry insiders point out that their demise was due to a lack of experience in managing a chain business.

By 2007, fast food accounted for more than half of the country's restaurant businesses. While KFC and McDonald's are still the biggest players in the Chinese market today, their market shares have been declining due to increasing market size and competition as well as the growing awareness of healthy eating. Other factors include the bird flu epidemic and recurring allegations of food safety issues.

According to Euromonitor International, the market share of KFC in the Chinese restaurant chain industry in 2016 was 11.6 per cent, down from 16 per cent in 2012.

In a 2015 consumer report by McKinsey which polled over 10,000 residents in 44 Chinese cities, only 51 per cent of the respondents said they had consumed Western fast food over the past year, down from 67 per cent in 2012. But these findings have hardly dampened KFC and McDonald's resolve to broaden their footprint, with both companies having embarked on an aggressive expansion across China.

McDonald's recently announced that it plans to double its new openings from 250 per year to 500 over the next five years. KFC, which already has twice as many outlets as its rival, said there are no plans to slow down the pace of its own expansion and will seek to penetrate the more rural regions.

In fact, Yum China's separation from its parent company looks to be a part of the expansion strategy for China.

"At separation, we will be operating a highly cash-generative business, with no external debt and ample cash on hand. This will enable us to invest in new restaurants, digital engagement and our delivery network, providing job opportunities to thousands more people across the country," said Yum China CEO Micky Pant in the statement.

Consumers from the younger generation are evidently the main target for these two companies. KFC and McDonald's have abandoned using cartoon mascots and have instead turned to celebrities to draw attention.

In June, McDonald's collaborated with Kris Wu, a celebrity who is often likened to the Justin Bieber of China because of the controversies he has been involved in.

The 27-year-old actor and singer had in 2016 overshadowed famous actress Fan Bingbing as the second most valuable celebrity in China in terms of commercial value, according to Chinese tech giant Tencent. Last year, Wu also became the first non-British face in the history of Burberry to don the luxury brand's signature trench coat alongside the likes of Eddie Redmayne and Romeo Beckham.

But KFC would not be outdone. Over the past 13 months, the brand has collaborated with four celebrities, including boy band TFBoys which helped to promote its black burgers. Before Wat took over, the brand had never partnered with celebrities as the brand's ambassador. Its key marketing visual in China was the blue and red chicken that had replaced the iconic image of KFC founder Colonel Sanders.

"It's not all about sales, though we are pretty satisfied with the figures," said Wat, in response to the celebrity endorsement deals initiated by her since she took over the helm two years ago.

"The biggest challenge today is keeping up with the ever-changing demands of consumers. To be old is an honour. But to be outdated is dangerous."